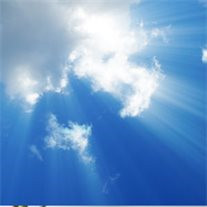 RED LION Barbara M. (Young) Shaeffer, 82, entered into rest after a lengthy illness on Saturday August 20, 2011, at 12:15 a.m. at York Hospital. She was the wife of G. Willis "Willie" Shaeffer, of Red Lion, to whom she had married on July 1, 1950, celebrating 60 years together. She was born in Red Lion on November 4, 1928, and was the daughter of the late Chauncy A. and Mary M. (McGinnis) Young. Barbara was an Interior Decorator. She is remembered by many in the Red Lion and surrounding areas for her beautiful custom made drapery work. A longtime and active member of St. John's United Church of Christ in Red Lion; a member of the American Legion Post #543 Ladies Auxillary in Red Lion, Daughter's of the American Revolution, Red Lion Historical Society and the card club. Besides her husband Willis of Red Lion; two sons, Gregory K. Shaeffer of Harrisburg and his wife, Pamela and Robin M. Shaeffer of Red Lion and his wife, Phyllis; six grandchildren, Joseph Shaeffer, Christopher Shaeffer, Michael Shaeffer, Marc Shaeffer, Sarah Ferguson Keene and Daniel Ferguson; six great-grandchildren, Michaela, Olivia, Tristan, Abigail, Jack Shaeffer and Tyler Wolfgang; one sister, Charlotte Young Brymesser of Red Lion; sister-in-law, Joan French of Statesville, N.C.; several nieces and nephews. She was preceded in death by a grandson, Jonathan Lee Shaeffer in July, 1975; an infant sister, Eileen J. Young in 1925; and a brother, Robert Young. Viewing will be held on Thursday from 7 to 9 p.m. at Burg Funeral Home, Inc., 134 W. Broadway, Red Lion, and Friday from 9 to 10 a.m. at St. John's UCC, 161 N. Main St., Red Lion. The service will begin at 10 a.m. Friday at the church, with her pastor, Rev. David D. Tietje, officiating. Burial will be at Red Lion Cemetery. Contributions may be offered to St. John's UCC Memorial Fund, 161 N. Main St., Red Lion, PA 17356; or to the Almost Heavenly Home Care, 260 Neff Road, Red Lion, PA 17356. Barbara always put her family first. She was a wonderful wife, mother and grandmother. She loved to cook and have family gatherings. Barbara also enjoyed vacationing at the shore and in the mountains. She was a friend to all who knew and loved her and will be sadly missed.

RED LION Barbara M. (Young) Shaeffer, 82, entered into rest after a lengthy illness on Saturday August 20, 2011, at 12:15 a.m. at York Hospital. She was the wife of G. Willis "Willie" Shaeffer, of Red Lion, to whom she had married on July 1,... View Obituary & Service Information

The family of Barbara M. (Young) Shaeffer created this Life Tributes page to make it easy to share your memories.