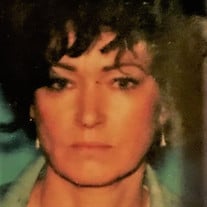 Betty Rae (Heiser) Sutherland, of Dallastown, went home to her Lord on Monday, April 22, 2019, at 3:15 pm, with family by her side, at the age of 77, to be with her baby girl, Cathy. Betty lived a long life, and a good life. Just the way she wanted to, accomplishing what she wanted, to own her own home and to be debt free. She was born on October 20, 1941, in Pylesville, MD, and was the daughter of the late Raymond M. and Bernice C. (Heaps) Heiser. She graduated from York High School and worked with the Confectuary Union at the former Peter Paul Candy Company in York and Mrs. Smith’s Pies. She was also a self-employed accountant. Betty went to a better place, one where she could be free from tiredness every day. To cherish her memory, she leaves her former husband, Samuel M. Sutherland of Spring Grove and, her three daughters, Sandra K. Sutherland, Teresa E. Martin and Lori Ann Clark and spouse Jack, all of Dallastown. She was the loving grandmother to, Rachelle L. Mitzel of Felton, KiAnna R. Brackett of Dallastown, Tiffany V. Altland of Dallastown, Jacquelyn L. Butler of Red Lion, Jacob S. Snyder and Joseph T. Snyder both of Dallastown. Betty was the great grandmother of twelve, Alexus, Arthur, Nina, Jada, Maxwell, Isabella, Lincoln, Ryan, Wyatt, Knox, Lily and Alfred, and she had three great great grandchildren, Jaxson, Rome and Ryland. She was one of seven children, and has three sisters surviving, Erma M. Harris, Shirley J. Carr and Mary Lou Schroder all of York, along with numerous nieces and nephews. She was preceded in death by her baby daughter, Cathy Rae Sutherland on April 27, 1970, brothers, Raymond “Chuck” E. Heiser, William C. Heiser and a sister, Vergie M. Knaub. As Betty requested, there will be no viewing. Family and friends are invited to extend their condolence’s, on Monday, April 29th, from 11 am to noon at Burg Funeral Home, Inc., 134 Broadway, Red Lion. A Service of Honor and Praise for Betty will begin at noon, with a time to share memories. Burial will follow at Susquehanna Memorial Gardens, where she will be interred beside her infant daughter, Cathy. She loved all her grandchildren, and had a special piggy bank with each of their names on it for them. Betty had a special place in her heart for all children and because of that, she would like memorial contributions to, Make-A-Wish Foundation of Greater Pennsylvania, c/o- Ann Waltman, Director, 2951 Whiteford Road, York, PA 17402. Betty told her children. It’s not the thought of dying, it’s the thought of leaving everybody behind and not being there if they need me. She will be in our hearts forever.

Betty Rae (Heiser) Sutherland, of Dallastown, went home to her Lord on Monday, April 22, 2019, at 3:15 pm, with family by her side, at the age of 77, to be with her baby girl, Cathy. Betty lived a long life, and a good life. Just the way she... View Obituary & Service Information

The family of Betty Rae (Heiser) Sutherland created this Life Tributes page to make it easy to share your memories.

Betty Rae (Heiser) Sutherland, of Dallastown, went home to her...

Send flowers to the Sutherland family.