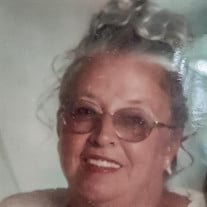 Bonnie J. (Henry) McLane, of Ellenton, FL, went from life to Life Eternal on September 10, 2021 at the age of 80. She was the wife of the late David F. McLane, Sr. who entered into rest on December 14, 2005. She is now reunited in Heaven with her loving husband and her beloved sons, Bradley and Jay. Born in York on October 2, 1940, Bonnie was the daughter of the late Cletus J. Henry and Anita (Jacobs) Koontz. She drove for Rabbit Transit, where she retired from in 2010 after 20+ years of service and was a proud member of her local Teamsters Union. She was a lifelong resident of York, PA until her retirement to the Gulf Coast of FL in 2011, where she became an avid Tampa Bay Rays fan. Some of her favorite past times were going to the beach, watching sunsets, taking care of her flowers and plants, playing cards and board games. Bonnie was the heart of the family and a friend to everyone she met. She will be forever remembered, always loved, and will eternally hold a special place in the hearts of her family and friends. Most importantly, Bonnie was a devoted wife and mother. She is survived by her daughter Deborah Forry (Art) of Manchester, PA, daughter Cindy Corsono (John) of Chickamauga, GA, son Brian McLane (Joy) of Palmetto, FL, son Timothy McLane (Valerie) of Potomac Falls, VA and son Troy McLane (Jessica) of Airville, PA, step-son, David F. McLane, Jr. (Sarah) of York, sisters Arla Crone (Lynn) and Anne Geubtner (Jim), her nineteen grandchildren and twenty two great-grandchildren, her half-brother, David Koontz, of Frackville, and numerous other loving relatives and close friends, as well as her companion of eight years, Michael Forry Sr., and her two cockatiels, Jinx and Baby. Bonnie was preceded in death her half-sister, Mary Ann Koontz Viewings for Bonnie will be held on Thursday, September 30, 2021 from 6-8 PM and on Friday, October 1 from 9-10AM at Burg Funeral Home, Inc., 134 W. Broadway, Red Lion. A service of Honor and Praise for Bonnie will begin at 10 AM at the funeral home with Pastor Steven A. Forry officiating. Burial will take place at Susquehanna Memorial Gardens. Contributions in memory of Bonnie may be offered to: The Arbor Day Foundation, 211 N. 12th Street, Lincoln, NE 68508 or Birds of Paradise Sanctuary, 17020 Water Line Rd., Bradenton FL 34212.

Bonnie J. (Henry) McLane, of Ellenton, FL, went from life to Life Eternal on September 10, 2021 at the age of 80. She was the wife of the late David F. McLane, Sr. who entered into rest on December 14, 2005. She is now reunited in Heaven with... View Obituary & Service Information

The family of Bonnie J. (Henry) McLane created this Life Tributes page to make it easy to share your memories.

Send flowers to the McLane family.