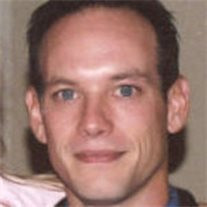 RED LION Bradley M. Thoman, 35, entered into rest unexpectedly on Monday, July 11, 2011 at 6:20 a.m. at his residence. He was born in York on August 5, 1975, the son of Robert E. and Beverly Ann (Shimmel) Thoman of Red Lion. He was a machine operator at Tooling Dynamics in York for two years. He went to the Eastern School District graduating in 1996. Bradley enjoyed dirt track racing, and he was an avid Pittsburgh Steelers fan, and a U.S. Navy veteran serving on the USS Roosevelt. In addition to his parents, he is survived by one daughter, Felicity Mae Thoman of Rock Hill; one brother, Brent A. Thoman of York; one sister, Kristen L. Sweigard of York; two nephews, Anders and Hayden Thoman; a niece, Corrine V. Sweigard, all of York; maternal grandparents, Clyde and Ada (Hamer) Shimmel of York; aunts, uncles and cousins. He was preceded in death by paternal grandparents, Robert E. and Cora A. (Rohrbaugh) Thoman. A viewing will be 9 to 10:30 a.m. Friday at Burg Funeral Home, Inc., 134 W. Broadway, Red Lion. The service will be 10:30 a.m. Friday at the funeral home with full military rites provided by the York County Veterans Honor Guard. Pastor James P. Herbert, pastor of Emmanuel Christian Fellowship in York will officiate. Cremation will follow the service with burial in Jefferson Cemetery at the convenience of the family. In lieu of flowers, contributions may be offered to Lebanon VA Hospital, Attn: Voluntary Services (10V), In memory of Bradley Thoman, 1700 S. Lincoln Ave., Lebanon, PA 17042.

The family of Bradley M. Thoman created this Life Tributes page to make it easy to share your memories.

Send flowers to the Thoman family.