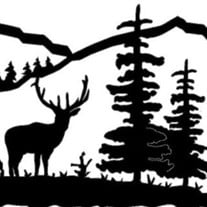 Bruce Oliver Stein, son of the late Walter and Annie (Emenheiser) Stein, was born in Windsor Township, York County, Pennsylvania, on March 3, 1934. He departed this life at Poplar Bluff Regional Medical Center in Poplar Bluff, Missouri, on October 28, 2020, at the age of 86. On June 23, 1956, in Red Lion, Pennsylvania, Bruce was united in marriage to L. Beverly Schwartz and to this union three children were born. He was an active member of the United Church of Christ in Freysville, Pennsylvania. Bruce was preceded in death by his parents; daughter, Kathie Stein; sisters, Margaret Diehl, Gladys Grove and Norma Stough; and granddaughters Audriana and Holly Bair. A lifelong Windsor Township farmer and hunter, he had retired as an assembler from the Voith-Hydro Company of York. He later moved with family to Winona, Missouri where he actively continued to enjoy reading and hunting deer, rabbits and pheasants. Bruce is survived by his wife, Beverly Stein of Winona, Missouri, one son, Ronald Stein and wife Vicki of Winona, Missouri, one daughter, Barbara Bair and husband Robert of Wrightsville, Pennsylvania, four grandchildren, Lori Douts and husband Brad, Benjamin Stein, Andrew Stein and wife Megan, and Jarrod Bair, and seven greatgrandchildren. Bruce will be missed by a host of family and friends who mourn his passing. He was a member of Red Lion Grange No. 1781. Private interment will be held at Freysville Cemetery in Red Lion, Pennsylvania, at the convenience of the family. The family expresses a special thanks to Bruce's pastor and friend, Rev. Ronald Heagy, who will officiate at the graveside service. Arrangements by McSpadden Funeral Home, Ellington, Missouri and Burg Funeral Home, Inc., 134 W. Broadway, Red Lion, PA. Blessed are they that mourn: for they shall be comforted. Matthew 5:4

The family of Bruce Oliver Stein created this Life Tributes page to make it easy to share your memories.

Send flowers to the Stein family.