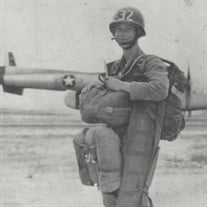 Charles Edward Jacobs passed away at his home in Red Lion, PA on Monday, January 18, 2021 at 11:11 am, with his wife Virginia by his side. They were together forty years, and married on May 30, 2000, celebrating 20 years of marriage. He was born on September 29th, 1937 attaining the age of 83 years. He was born in York, PA to the late Charles E., Sr., and Ethel (Leimbaugh) Jacobs and had four siblings, Donald, Terry (Butch), Roy (Joe) and Bill. As a youth Charlie was full of mischief in his neighborhood and loved playing football, shooting his bow and arrows and his dad’s 22 gun. He loved to duck hunt, fish, and collect arrowheads. Charlie became famous as a youth while fishing, he managed to hook his own ear and the local paper published an article related to the incident. Charlie later went on to join the United States Army, in 1955 serving for 4 years, where he joined the 11th Airborne Division and served 3 years in Munich, Germany. Charlie loved to tell lots of his stories about his years in Germany. Charlie was a proud Veteran and a Military supporter. He had great knowledge of military history. Charlie’s other passions have been Horse Racing and Football. If you could not find Charlie at home, you could always find him at the racetrack. His devotion to both were known by all who knew him. He was a longtime member of Westminster Presbyterian Church in York, where he went as a child growing up. Charlie later went on to marry Dottiemae Schrum, Charlie became the father of four children Debbi (Steve) Driesbach of Northampton, PA, Lisa Jacobs, Karen (John) Schlueter of Shelby IA and Gretchen (Scott) Carr of Durham, PA. He and his family later moved to the Whitehall area where Charlie later went on to having his own roofing and siding company and was well known in the area for his roofing and siding expertise. Charlie and Dottiemae later divorced and Charlie moved back to his old stomping grounds where he grew up. Charlie continued his roofing and siding company in the York, PA area. Charlie later began a friendship with Virginia Hyder and they were later united in marriage after many years of dating where Charlie insisted Virginia learn how to read a horse racing sheet. Charlie became a stepfather to Virginia’s sons, Carl (Denise) Shultz of Alexandria, VA where they have developed a very fond friendship and Allen (Michelle) Shultz of Hellam, PA. Charlie and Virginia later became acquainted with buying and selling of merchandise and attended many shows and auctions together with this hobby that they both loved. Charles and Virginia share thirteen grandchildren and nine great grandchildren. Charles was preceded in death by his brother Donald in 1975, a daughter Lisa in 1976, and a granddaughter Kaitlyn in 1990. A Service of Honor and Praise for Charles will be on Thursday, January 21st., at 2 pm at Burg Funeral Home, Inc., 134 W. Broadway, Red Lion. Family and friends may extend their condolences from 1-2 pm at the funeral home. Burial will be private and at the convenience of the family. Rev. Dr. Stephen W. Getty, Supply Minister at Westminster Presbyterian Church in York, will officiate. Full military rites will be offered by the York County Veterans Honor Guard at 2 pm at the funeral home. If attending the service, please wear a mask and follow the social distancing guidelines as set forth by the CDC. In lieu of flowers, contributions may be offered in memory of Charles to the Wounded Warrior Project, PO Box 758516. Topeka, Kansas 66675-8516. Online condolences may be offered: www.BurgFuneralHome.com

Charles Edward Jacobs passed away at his home in Red Lion, PA on Monday, January 18, 2021 at 11:11 am, with his wife Virginia by his side. They were together forty years, and married on May 30, 2000, celebrating 20 years of marriage. He was... View Obituary & Service Information

The family of Charles Edward Jacobs Jr. created this Life Tributes page to make it easy to share your memories.

Charles Edward Jacobs passed away at his home in Red Lion, PA...

Send flowers to the Jacobs family.