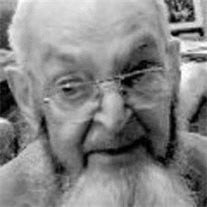 RED LION Charles L. Hamilton, 81, entered into rest after a brief illness on Friday October 15, 2010, at 9:16 p.m. at York Hospital. He was the husband of Blanche E. (Tompkins) Hamilton, to whom he was married on September 3, 1949. Born in Red Lion on February 28, 1929, the son of the late Maurice C. and Frances E. (Barnes) Hamilton. He was an electrician, working at the former Guy Hobbs then at Grove's Tire Service, the former Potts and B&L (both radio and TV). He retired from the former Calvin Paff, Inc. Charles was a longtime member of St. Paul's United Methodist Church in Red Lion where he worked with the Scouts. He was a former member of the Red Lion Fire Police and is a member of the Leo Fire Company #34 in Red Lion and the Red Lion Lodge #1592 Benevolent and Protective Order of the Elks. In addition to his wife of 61 years, he leaves two sons, David L. Hamilton of Red Lion; Donald A. Hamilton of Charleston, W.Va., and his wife, Robin; one daughter, Vickie Kilgore of Brogue and her husband, Allen; eight grandchildren; 11 great-grandchildren; one great-great-grandson. Viewing will be Thursday from 6 to 7 p.m. at St. Paul's UM Church, 45 First Ave., Red Lion. Service will be 7 p.m. Thursday at the church, with his pastor, the Rev. Dr. Charles W. Salisbury officiating. Cremation will take place following the service with Burg Funeral Home, Inc., 134 W. Broadway, Red Lion , handling the arrangements. Burial will be at the convenience of the family. Memorial contributions may be offered to St. Paul's UM Church "Sancuary Fund", 45 First Ave., Red Lion, PA 17356. Charles is remembered by his family as being a wonderful Husband to Blanche, Father and Grandfather to his numerous grandchildren. He was a avid bowler and enjoyed playing cards. He will always be remembered for the many times that he so freely assisted others in there times of need, extending to them his talents as an electrician most of the time without charging a thing. We love you Dad and will miss you everyday. Memorial condolences can be made at www.BurgFuneralHome.com

RED LION Charles L. Hamilton, 81, entered into rest after a brief illness on Friday October 15, 2010, at 9:16 p.m. at York Hospital. He was the husband of Blanche E. (Tompkins) Hamilton, to whom he was married on September 3, 1949. Born in Red... View Obituary & Service Information

The family of Charles L. Hamilton created this Life Tributes page to make it easy to share your memories.