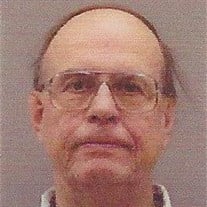 Charles Doug Meads, of Red Lion, entered into God’s care, unexpectedly, on Wednesday, December 5, 2018 at 6:51 pm at York Hospital at the age of 73. He was the husband of Patsy M. (Gotwalt) Meads to whom he married on December 29, 1964, celebrating 54 years together and father to Kerry D. Meads of Red Lion. He also leaves two cousins, Charlie Ferre of Middletown, PA and Jane Yingling of Altoona, PA. He was born in York on October 23, 1945, and was the son of the late Charles O. and Kathleen M. (Ferree) Meads. He earned an Associate degree as a mechanical engineer. He worked as the vice president of the former Bradley Lifting Corporation, retiring in 2008 after 30 years of service. He was a longtime member of Faith United Methodist Church in Hallam. Doug loved hunting and going to his cabin in Huntingdon, he was a fan of Penn State and watched all the games, a life member of the York Archers, Inc., Muddy Creek Trout Unlimited and the Yellow Breeches Anglers Association. Doug and Patsy enjoyed traveling and going on cruises. Friends of Doug may extend condolences on Wednesday, December 12th, at the viewing from 9-11 am at Burg Funeral Home, Inc., 134 W. Broadway, Red Lion. A Service of Honor and Praise to celebrate his life will begin at 11 am at the funeral home with Pastor Mark Brumbach of South Williamsport UM Church, officiating. Burial will take place at Mt. Rose Cemetery. In lieu of flowers, contributions may be offered to: Faith UM Church, 126 E. Market St., Hallam, PA 17406, or Muddy Creek Trout Unlimited- PO Box 211, Dallastown, PA 17313, or to the Yellow Breeches Anglers Association, 395 Mountain Road, Boiling Springs, PA 17007.

The family of Charles Doug Meads created this Life Tributes page to make it easy to share your memories.

Send flowers to the Meads family.