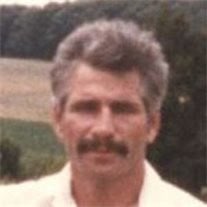 DALLASTOWN Connie E. Ridley, 70, entered into rest, after a lengthy illness, Sunday, March 27, 2011 at 6:30 a.m. at his residence. He was the husband of Helen A. (Ruth) Ridley, to whom he was married on October 5, 1985, celebrating 26 years together. He was born in Baltimore, Md., on February 20, 1941, the son of the late William and Myrtle (Matthews) Ridley. Connie worked in construction for 21 years, retiring in 1990. He was a member of the Local #542 Engineers. He loved playing horseshoes, and sitting on his deck watching all of the beautiful flowers that he had planted. He was always doing something, never one just to sit around. Connie wrote songs and he loved to sing, even entering in local contests. Besides his wife, Helen, he is survived by one son, Connie E. Ridley, Jr. of Red Lion; one stepson, Cletis Bentz, Jr. of Emigsville; four grandchildren, Dora Guess, Cletis Bentz III, Stephen Bentz, all of Dallastown, Allison Ridley of Red Lion; eight great-grandchildren, Brittany, Lexi, Nathan, Maddison, Amber, Colton, Reese, Josh; three sisters, Viola, Doris, Helen; four brothers, Lawrence, Curvin, Mervin, Charles; and numerous nieces and nephews. He was preceded in death by three brothers, Russell, Danny, and Marvin; and two sisters, Mary and Loretta. A viewing will be held Thursday from 1 to 2 p.m. at Burg Funeral Home, Inc., 134 W. Broadway, Red Lion, followed by a 2 p.m. service with the Rev. Steven A. Schmuck, pastor of Red Lion Bible Church officiating. Burial will be in Susquehanna Memorial Gardens. Memorial contributions may be made to White Rose Hospice, 1412 Sixth Ave., York, PA 17403.

The family of Connie Ridley created this Life Tributes page to make it easy to share your memories.

DALLASTOWN Connie E. Ridley, 70, entered into rest, after a lengthy...

Send flowers to the Ridley family.