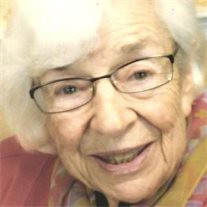 Constance M. (Ehehalt) Flinchbaugh Douglas entered into rest on Wed., June 17 at Country Meadows of York at 6:44 a.m. at the age of 84. She was the wife of the late Dr. Donald D. Flinchbaugh who entered into rest in 1971, and the late J. LeRoy Douglas who entered into rest in 1996. She was born in Red Lion on August 5, 1930 and was the daughter of the late Christian M. and Ida C. (Noll) Ehehalt. Constance was a teacher at the Red Lion Area High School where she started in 1976 until her retirement in 1986.; a member of the Retired Teachers Association of York County; a past president of the York Dental Auxiliary, a member of the Pacesetters at St. Joseph's Catholic Church in Dallastown where she was a lifetime member; a graduate of the Red Lion Area High School Class of 1947 and she graduated from York College of Pennsylvania Class of 1976 She is survived by three children, Lisa M. Waltemyer of York; Maria C. Miller and husband Thomas of Spring City, and David D. Flinchbaugh and wife Suzanne of Lutherville, Md.; six grandchildren; numerous nieces and nephews; four step children, Shelbie Paules of York, John D. Douglas of Red Lion, Jan L. "Buzz" Douglas of Lake Meade, and Janice L. Fox of York; and her companion and friend, David McIntosh and his children, Doug, Bruce, Alan and Beth. She was preceded in death by her son-in-law, Joseph Waltemyer; a sister, Deuris C. Sweeney; and a brother, Caron N. Ehehalt. There will be no viewing. Family and friends are invited to extend their condolences on Sunday from 6 to 8 p.m. at Burg Funeral Home, Inc., 134 W. Broadway, Red Lion, and Monday from 9 to 10 a.m. at St. Joseph's Catholic Church, 251 E. Main St., Dallastown. A Mass of Christian Burial will begin at 10 a.m. on Monday at the church. Father John McCloskey will officiate. Burial will follow the Mass at the church cemetery. In lieu of flowers, contributions may be offered to St. Joseph's Catholic Church, 251 E. Main St., Dallastown, PA 17313. Constance is remembered as a wonderful Mother who was always fun, loving, caring, very kind and witty. She will be greatly missed by all who knew and loved her. www.BurgFuneralHome.com .

The family of Constance M. (Ehehalt) Flinchbarugh Douglas created this Life Tributes page to make it easy to share your memories.