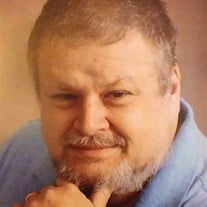 Daniel Alan Kipp of Felton, went from life to Life Eternal with his Lord and Savior on Friday, September 21, 2018 at 10:46 AM at York Hospital with family by his side at the age of 54. He was the husband of Deanna C. (Walker) Kipp to whom he married on May 21, 1988, celebrating 30 years together. Dan was born in Havre de Grace, Maryland on November 12, 1963 and was the son of Emma Jean (Berkebile) Kipp Bogia of Quarryville and the late Richard L. Kipp. After high school he earned an Associate Degree and worked for CIA, Naval Supply in Mechanicsburg as a Network Administrator. He was a member of Winterstown United Methodist Church in Felton, where he recently completed classes to become a lay leader. He taught Sunday School and Bible study classes. Dan was very active with the Scouts. He served as a volunteer with Cub Scout Pack 155 at Chapel Church, where his son was a member and served as a committee member. Dan was a charter rep for Cub Scout Pack 3, and Boy Scout Troop 3, all meeting at Winterstown UM church. Besides his wife, Deanna and mother, Jean, he leaves a son, Samuel A. Kipp of Felton and his fiancé Noelle Peregoy, two daughters, Jessica A. Kipp and Dana M. Kipp both of Felton. He was one of four, leaving his three brothers, Richard L. Kipp II and his wife Sarah of Port Deposit, MD, Roger Kipp and his wife Michelle of Conowingo, MD and Timothy Kipp and his wife Janett of Port Deposit, MD. Daniel also leaves his father in law and mother in law, Allen and Barbara Walker, sister in law Catherine Arnold and her husband Doug, and a brother in law Allen Walker and his wife Candy, along with 13 nieces and nephews, Douglas, Chris, Amy, Mandy, Holly, Mike, Abby, Rebecca, Emily, Richie, JT, Lilly, and Ezri. Family and friends can extend condolences on Wednesday, Sept. 26th at the viewing for Dan from 7:00 - 9:00 pm at Burg Funeral Home, Inc., 134 W. Broadway, Red Lion and on Thursday, Sept. 27th , from 9:30 - 10:30 am , at Winterstown United Methodist Church, 12184 Winterstown Road, Felton. A Service of Honor and Praise for Dan will begin at 10:30 am at the church with his pastor, Rev. David K. Shultz officiating. Burial will be at Winterstown UB Cemetery. In lieu of flowers, contributions may be offered in Dan’s memory to: American Diabetes Association, American Diabetes Association, P.O. Box 15829, Arlington, VA 22215. Daniel was devoted to his family, church and community. A golden heart stopped beating, hard working hands now at rest. God broke our hearts to prove to us, that He only takes the best.

Daniel Alan Kipp of Felton, went from life to Life Eternal with his Lord and Savior on Friday, September 21, 2018 at 10:46 AM at York Hospital with family by his side at the age of 54. He was the husband of Deanna C. (Walker) Kipp to whom he... View Obituary & Service Information

The family of Daniel A. Kipp created this Life Tributes page to make it easy to share your memories.

Daniel Alan Kipp of Felton, went from life to Life Eternal with...

Send flowers to the Kipp family.