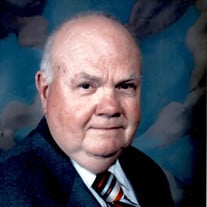 Not sure what to send?

David E. Sitler, of York, went from life to Life Eternal on Tuesday, January 11, 2022 at 9:50 PM at Normandie Ridge at the age of 86. Born in Columbia, PA on July 23, 1935, David was the son of the late Ned R. Sr. and Carrie E. (Oakes) Sitler. He was a graduate of Red Lion High School and was a Proud US Army Veteran, serving from 1958-1960. Upon his Honorable Discharge, David was a grocery clerk at the former Sitler Grocery and retired from Weis Markets in 1997 after 19 years of service. David was a member of the East Prospect Lions Club, AARP, East Prospect Ball Team, a Life Member of East Prospect Fire Company, Canadochly Valley Ambulance Club, East Prospect Fish and Game, York County Forest Fire Crew, York County Firefighters Association, PA Sheriff’s Association, PA Fire Police Association, York County Fire Police Association and was also a member of the Craley Fire Company. David was a lifetime member of Zion United Methodist Church in East Prospect where he sang in the choir and held the roles of Superintendent for 5 years and Church Librarian for 15 years. David leaves behind his brothers, Ned Sitler, Jr. and wife, Everista, of Wrightsville and Joel Sitler and wife, Jane, of York, as well as his sister, Anne Sitler of Mount Airey, MD, as well as his nieces and nephews. He was preceded in death by his brother, Claude Sitler. A viewing for David will take place on Thursday, January 20, 2022 from 10-11 AM at Zion United Methodist Church, 1 N. Main Street, East Prospect. A Service of Honor and Praise will begin at 11 AM with his his pastor, Rev. James E. Lewis, officiating. Burial will follow in East Prospect Riverview Cemetery. Burg Funeral Home, Inc., 134 W. Broadway, will be assisting the family with the arrangements.

The family of David E. Sitler created this Life Tributes page to make it easy to share your memories.

David E. Sitler, of York, went from life to Life Eternal on Tuesday,...