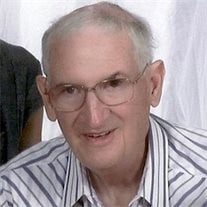 Donald R. Shannon, went home peacefully to be with his Lord and Savior on Thursday, April 19, 2012, at 2:05 p.m. at his residence surrounded by his family at the age of 73. His spouse is Patricia Jo (Holliday) Shannon of Red Lion, whom he married on April 6, 1963. Born in Danville, on Aug. 26, 1938, the son of the late Robert W. and Reba (Stevens) Shannon, he was a graduate of Danville High School and a U.S. Army veteran serving in Germany in the Corps. of Engineers. Self-employed working in sales, he was the owner and operator of the former Crickett Ltd. in Red Lion, and Curtismay Company, LLC in Red Lion. He was a two-time past president of the Red Lion Lions Club; a life member of Red Lion BPO Elk #1592; member of Free and Accepted Masons Lodge #649 Red Lion; Tall Cedars of Lebanon and their clown Club; and White Rose Clowns; past president of Red Lion Scottish Rite and the Valley of Harrisburg,; York County Shrine Club and Zembo Shrine in Harrisburg. He enjoyed playing golf, cards and reading. A longtime and very faithful member for 34 years of St. Paul's UM Church in Red Lion, he served as one of the head ushers. Survivors, besides his wife, Patricia, include one son, Matthew C. Shannon, of York; one daughter, Ashley Jo Shannon Finch, of Red Lion; four grandchildren: Curtis Warren; Terrence Warren; Kobe Warren; and Cameron Finch; a sister, Mona Cotner, of Danville; a brother, Herb Shannon, of Mifflinville; and several nieces and nephews. Viewing will be held on Tuesday, April 24, from 10 a.m. to noon at St. Paul's UM Church , 45 First Ave., Red Lion. His pastor, the Rev. Dr. Charles W. Salisbury, will officiate the noon service at the church. Cremation will take place with Burg Funeral Home, Inc., 134 W. Broadway, Red Lion, following the service. Burial will be private and at the convenience of the family. In lieu of flowers, contributions may be offered to St. Paul's UM Church, 45 First Ave., P.O. Box 250, Red Lion, PA 17356 or to VNA Hospice, 540 S. George St., P.O. Box 2404, York, PA 17403. Donald was a very loving and wonderful husband to Patricia for 49 years, and a great father and grandfather or "Pappy" as he was known to his grandchildren. His family was very important to him and he always put them first in his life. But Don was also a very loving person who was there for anyone who was in need of anything that he could help with. He will be missed by all of his many relatives and friends.

Donald R. Shannon, went home peacefully to be with his Lord and Savior on Thursday, April 19, 2012, at 2:05 p.m. at his residence surrounded by his family at the age of 73. His spouse is Patricia Jo (Holliday) Shannon of Red Lion, whom he married... View Obituary & Service Information

The family of Donald R. Shannon created this Life Tributes page to make it easy to share your memories.

Donald R. Shannon, went home peacefully to be with his Lord and...

Send flowers to the Shannon family.