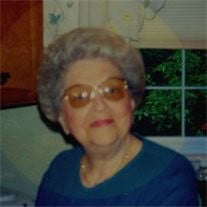 MANASSAS, VA Doris W. (Weaver) Shearer, 92, formerly of York, entered into rest at 11:15 p.m. Saturday, March 12, 2011, at her residence in Manassas. She was the wife of Robert W. Shearer whom she married on March 19, 1953. They would have celebrated 58 years together this year. She was born in York, on June 7, 1918, and was the daughter of the late Allen and Florence (Hirt) Weaver. Mrs. Shearer was a registered nurse. She was a former Girl Scout Leader and she worked with the Hospice while living in Pennsylvania. She was a longtime member of Zion United Church of Christ in York. In addition to her husband, Robert W. Shearer of Manassas, Va., she is survived by one son, David J. Shearer and wife, Bonnie Sullivan of Indian Rocks Beach, Fla.; one daughter, Linda A. Roth and husband, Scott A. of Manassas; three grandchildren, Andrew A. Roth and Jessica A. Brookshire and husband, Scott, all of Winchester, Va., and Robert A. Shearer of San Diego, Calif.; two great-grandchildren, Nathaniel Brookshire and Alexis Brookshire, both of Winchester; and three sisters, Julia Thomas of Manchester, Virginia Sweitzer of York, and Mary Louise Wilson of Red Lion. There will be no viewing. Burg Funeral Home, Inc., 134 W. Broadway, Red Lion, is handling the arrangements. Family and friends are invited to extend their condolences from 1 to 2 p.m. on Saturday at Zion United Church of Christ, 100 Lafayette St., York. A memorial service to celebrate Doris' life will be at 2 p.m. Saturday at the church. Her pastor, the Rev. Matthew R. Seeds, will officiate. Burial will be private and at the convenience of the family. In lieu of flowers, contributions may be offered to American Cancer Society , 2654 Valley Ave., Suite B, Winchester, VA 22601.

The family of Doris (Weaver) Shearer created this Life Tributes page to make it easy to share your memories.

Send flowers to the Shearer family.