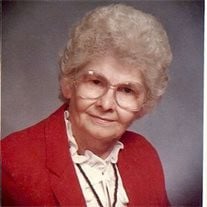 BROGUE Elsie E. (Haugh) Robinson, 91, entered into rest at 2:50 p.m. Thursday, August 2, 2012, at Memorial Hospital. She was the wife of Wilbur B. Robinson, who entered into rest on June 21, 2001. She was born in Chanceford Twp., on January 30, 1921, daughter of the late Sylvester Clarke and Pearl Jane (Kise) Haugh. Mrs. Robinson worked as a cigar wrapper and layer at various cigar companies in the area, as a cook at the former Stan Keeports Restaurant, and as an assembler at Yorktowne Kitchens, retiring in 1983. She was a longtime member of Bethel U.M. Church in Brogue, a member of Rainbow Chapter #517 Order of the Eastern Star, a member of the Lancaster County Sportsmans Association, and the Red Lion VFW Ladies Auxillary Post #534. Surviving are two sons, Terrie D. Robinson of Brogue and companion, Vera Haugh, and Jeffrey L. Robinson of Brogue and companion, Candace Moore; two daughters, Connie R. Joines of Brogue and husband, Ray Ressler, and Janie E. Lentz of Brogue and husband, Dean; 16 grandchildren; 26 great-grandchildren; 11 great-great-grandchildren; and nieces and nephews. She was preceded in death by a son, Barrie L. Robinson, in 1995; four brothers; and three sisters. There will be a viewing from 7 to 9 p.m. Monday, August 6, and from 9 to 10 a.m. Tuesday, both at Burg Funeral Home, Inc., 134 W. Broadway, Red Lion. Rainbow Chapter #517 Order of the Eastern Star will have a service honoring Elsie beginning at 8:45 p.m. on Monday during the viewing. The service will begin at 10 a.m. Tuesday at the funeral home with her pastor, the Rev. Peter M. Beddia, officiating. Burial will be at Bethel U.M. Cemetery. In lieu of flowers, contributions may be offered to York Health Foundation, 912 S. George St., York, PA 17403.

The family of Elsie E. (Haugh) Robinson created this Life Tributes page to make it easy to share your memories.