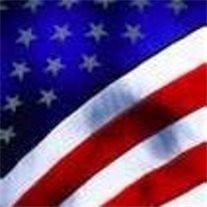 Eugene L. “Gene” Ferree, of York, 83, entered into rest after a brief illness on Sunday, may 9, 2010, at 12:35 am at York Hospital. He was the husband of Charlotte V. (Neff) Ferree, who entered into rest on April 23, 2008. He was born in Red Lion on December 18, 1926, the son of the late H. Denton and Elizabeth M. (Ness) Ferree. Mr. Ferree was a 1945 graduate of Red Lion High School. Gene was a mechanical assembler at Frank Electric Corp retiring in 1992. He served in the US Merchant Marines. He was a longtime member of Christ Evangelical Lutheran Church in Dallastown where he was a former property committee member and usher and was a member of the Dallastown American Legion Post # 605. Gene was an avid sports fan, he especially loved the Washington Redskins. He is survived by one son Jonathan P. Ferree of York and wife Diane; one daughter, Beverly S. Jones of York and husband, Jeffrey; one son-in-law, Robert Brenneman of Mt. Wolf; eight grandchildren, Phillip E. Brenneman, Lesley C. Ortiz, Emily L. McElvoy, Matthew C. Jones, Aaron M. Jones, Sarah E. Siewert, Laura A. Ferree and Jason P. Ferree; and six great-grandchildren. He was preceded in death by a daughter, Lana E. Brenneman in July 2001. Burial will be at Otterbein United Methodist Cemetery in Spry with full military rites by the Dallastown American Legion Post #605. Contributions may be offered to Christ Evangelical Lutheran Church 126 W. Main St., Dallastown, PA 17313 or to the American Diabetes Association- 3544 N. Progress Ave., Suite 202, Harrisburg, PA 17110. Gene was a devoted husband to his wife Charlotte with whom he shared 60 wonderful years of marriage. He loved his children and was a wonderful father, and grandfather who doted over his grandchildren and great-grandchildren with whom he enjoyed spending his time with. He will be sadly missed by everyone.

The family of Eugene L. Ferree created this Life Tributes page to make it easy to share your memories.

Send flowers to the Ferree family.