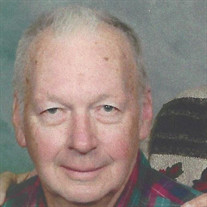 Eugene “Gene”, “Bud” Herbert Zimmerman, of Red Lion, went from this earthly life to eternal life with his Lord and Savior on Monday, February 8, 2021 at 10:30 pm from Manor Care Dallastown at the age of 88. He is the husband of Roberta (Burns) Zimmerman of York, to who he married on December 26, 1953, celebrating 67 years of marriage. Gene was born in High Rock on February 18, 1933 and was the son of the late Myles and Marceline (Grimes) Zimmerman. He graduated from Chanceford High School Class of 1951 and then attended York Junior College for two years. He worked at Harley Davidson in York as the Shipping and Parts Coordinator for many years prior to his retirement in 1992. Gene was a member of the Friendship Lodge #663 Free and Accepted Masons in Fawn Grove and Tall Cedars of Lebanon. He enjoyed deer hunting and farming. He served his country in the United States Army, inducted in July of 1954 and earning the title of corporal. He was a member of Bethany United Methodist Church in Red Lion since 1960. Gene and Roberta have three children, Bobbie J. Eicholtz and her husband Gary of Dallastown, Keith A. Zimmerman and his wife JoAnn of Windsor and Eric E. Zimmerman and his wife Breanne of Red Lion. He was the grandfather to Cain Zimmerman, Stacey (Ethan) Robinson, Amanda (John) Mehring, Kevin Eicholtz and Marta Eicholtz and great grandfather of five great grandchildren. He also has numerous nieces and nephews. Gene was preceded in death by his three brothers, Kenneth Zimmerman, Edwin Zimmerman, and Harold Zimmerman. Viewing for Gene will be on Friday, February 12th, from 2-3 pm at Burg Funeral Home, Inc., 134 W. Broadway, Red Lion. A Service of Honor and Praise will begin at 3 pm at the funeral home with his pastor, Rev. Ronald L. Doverspike officiating. Full military rites will be presented by the York County Veterans Honor Guard at the start of the service. Burial will be private at Susquehanna Memorial Gardens at the convenience of the family. All attending the service are asked to wear a mask and observe the social distancing guidelines as set forth by the CDC. Please be courteous of those arriving behind you when you are with the family, as social distancing limits the space available to come inside. In lieu of flowers, contributions may be offered to: Bethany United Methodist Church, 121 W. Broadway, Red Lion, PA 17356.

The family of Eugene H. Zimmerman created this Life Tributes page to make it easy to share your memories.

Send flowers to the Zimmerman family.