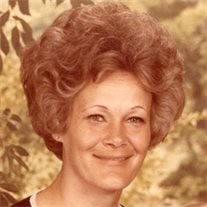 Faye A. ( Lehr) Devoe, 69, entered into rest after a lengthy illness at 9:30 p.m. Wednesday, May 5, 2010, at Manor Care Dallastown. She was the wife of the late Lanny R. Heidler and the late James Devoe. She was born in York, on August 31, 1940, and was the daughter of the late Russell E. and Frances V. (Lake) Lehr. Mrs. Devoe was a machinist at the former Bowen McLaughlin in Stoverstown. She attended the former Bible Baptist Church in New Freedom. Surviving are one son, Kenneth Beaverson of Red Lion and his wife Kathy; three granddaughters Angela Christine and Heather; great-grandchildren; five brothers, Ronald Lehr of York Haven, Lonnie Lehr of Jacobus, Marlin Lehr of New Freedom, Richard Lehr of Dover, and Russell Lehr, Jr. of Red Lion; three sisters, Judy Gregory of Jacobus, Shirley Schmid of Red Lion, and Wanda Holtzinger of Spry; and numerous nieces and nephews. She was preceded in death by a son, Keith Smeltzer; three brothers; and two sisters. There will be a viewing from 1 to 2 p.m. Monday, May 10, at Burg Funeral Home, Inc., 134 W. Broadway, Red Lion. The service will follow at 2 p.m. with Pastor Frank E. Miller, Sr., of Cornerstone Fellowship Church in York, officiating. Burial will be in Christ Chapel International Cemetery on East Prospect Road, York. In lieu of flowers, contributions may be offered to the American Lung Association of PA, 3001 Old Gettysburg Road, Camp Hill, PA 17011. Faye was a loving sister who lived life to the fullest. She was a very feisty lady who had a personality all of her own. Faye will be greatly missed by everyone who had the pleasure of knowing her.

The family of Faye A. (Lehr) Devoe created this Life Tributes page to make it easy to share your memories.