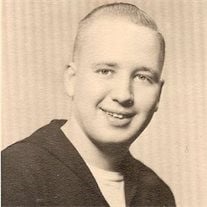 YORK George L. McNally, 73, entered into rest unexpectedly on Tuesday, November 23, 2010, at Memorial Hospital at 10:41 a.m. He was the husband of Delores "Dee' M. (Harkins) McNally of York, whom he married on January 10, 1959, celebrating 51 wonderful years together. He was born in Lancaster on October 3, 1937, and was the son of the late Harold L. and Catherine M. (Baker) McNally. He worked for K & W Tire Company in Lancaster for more than 50 years and was still employed part time with the company. He was a U.S. Navy veteran He was a longtime member of Bethany United Methodist Church in York, where he was a willing and faithful helper with anything that was asked of him. George was a member of the East York Lions Club in which he was very active, serving as a past president from 76-77 and again from 91-92, he was also the zone chairman and regional chairman and the York County Project Treasurer. In addition to his wife, he is survived by one son, George L. McNally, II and daughter, Janet of York; one granddaughter, Katherine L. McNally; and a grandson, Daniel K. McNally, both of York; 2 brothers, Francis Wood of Lancaster and Theodore Wood of York; two sisters, Catherine Hart of York and Dorothy Spacts of Lancaster; several nieces and nephews; and his beloved cat, Molly. There will be no viewing. Cremation will take place with Burg Funeral Home, Inc., 134 W. Broadway, Red Lion. A Celebration of Life Service will be held on Sunday, December 5, 2010, at 3 p.m. at Bethany United Methodist Church 1401 Mt. Rose Ave., York. Family and friends are cordially invited to extend their condolences from 2 to 2:45 p.m. At 2:45 full military rites will be given by the York County Veterans Honor Guard. His pastor, Rev. J. P. Bohanan will officiate. Burial will private and at the convenience of the family. In lieu of flowers, contributions may be offered to: Bethany UM Church, 1401 Mt. Rose Ave. York, PA 17403; or to the York County SPCA, 3159 Susquehanna Trail North, York, PA 17402. George was a family man who loved going on trips to the ocean. He was also a very giving person and in death he gave the gift of life by donating his cornea. An invitation is extended by the family to all who are attending the celebration of George's life to join them immediately following the service in the church social hall for a luncheon.

The family of George L. McNally created this Life Tributes page to make it easy to share your memories.