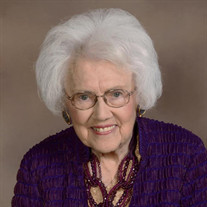 Gladys (Flinchbaugh) Slenker, of Red Lion, left her life on earth on Wednesday, October 6, 2021 at her residence at 8:12 pm at the age of 95. She was the loving wife of the late Paul L. Slenker who preceded her in death on November 26, 2013. She was born in Red Lion on September 25, 1926 and was the daughter of the late Verren and Carrie (Dinsmore) Flinchbaugh. She graduated from Red Lion High School in June, 1943 and continued with her education, earning a Bachelor’s Degree in Music from Lebanon Valley College in May, 1947. Gladys worked as an educator, teaching kindergarten for 47 years. She taught 2500 Red Lion children their ABC’s. Gladys was a lifelong member of Bethany United Methodist Church in Red Lion where she was an assistant organist for 69 years, retiring from that position in 2015. She also served as the Director of the Bell Choir and the Children’s Choir of the church. In 1992 she was one of the first six individuals inducted into the Red Lion High School Hall of Fame and in 1999 she received the Catherine Meyer Award from Red Lion Borough. Gladys was a Charter Member and Past President of the Beta Beta chapter of Delta Kappa Gamma Society for recognizing Educator excellence. She is also a past President of the Red Lion Historical Society. Gladys and Paul had two sons, Kirk Allan Slenker and his wife Beverly, of Dallastown and Dr. Kevin Flinchbaugh Slenker and his wife, JoAnn Ott-Slenker, of Lancaster. She was the loving grandmother to six grandchildren, Neil A. Slenker (Linda) of York, Jason Z. Slenker (Rebecca) of Lemoyne, Zachary P. Slenker (Molly) of Dallastown, Alexandra M. Slenker (fiancé, Michael Fischer) of Washington, DC, Elizabeth R. Slenker (fiancé, Phil Wenger) of Washington, DC, and Benjamin A. Slenker (significant other, Brooke Bernard) of San Francisco, CA, and the great grandmother of seven great grandchildren. She was one of five children, leaving her brother, James Flinchbaugh (Doris) of Red Lion, and two sisters, Ruth Ann Werking, of Red Lion and Mary Beth Stewart, of York. She was preceded in death by her brother, Dr. Donald Flinchbaugh. She was an Aunt to numerous nieces and nephews. Viewing for Gladys will be on Monday, October 18th, from 9:30 to 10:30 am at Bethany United Methodist Church, 121 W. Broadway, Red Lion. A Service of Honor and Praise for Gladys will begin at 10:30 am at the church with her pastor, Rev. Ronald Doverspike, officiating. Burial will follow the service at Zion United Methodist Church Cemetery on Felton Road in Red Lion. Due to the recent spike of COVID, the family requests that all those attending the service please wear a mask regardless of vaccination status and observe social distancing guidelines when inside the church. If you feel more comfortable with being outside, please feel free to join us at the committal service at the cemetery. Burg Funeral Home, Inc., 134 W. Broadway, Red Lion is assisting the family with the arrangements. Gladys is fondly remembered as always putting her family, her church and her faith first in her life, but her teaching, students and music were also a very important part of her life, even after retirement. Her memory will remain in the hearts of all who knew and loved her. If you would like to offer a contribution in memory of Gladys, please choose from either Bethany UM Church, at the address listed above, or to the Alzheimer’s Association, 225 N. Michigan Avenue, Floor 17, Chicago, IL 60601

Gladys (Flinchbaugh) Slenker, of Red Lion, left her life on earth on Wednesday, October 6, 2021 at her residence at 8:12 pm at the age of 95. She was the loving wife of the late Paul L. Slenker who preceded her in death on November 26, 2013.... View Obituary & Service Information

The family of Gladys (Flinchbaugh) Slenker created this Life Tributes page to make it easy to share your memories.

Send flowers to the Slenker family.