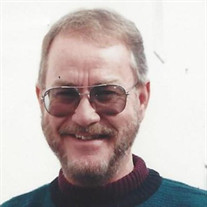 Glenn A. Burg, 80, passed away Monday, August 9, 2021, after a brief illness. He was the husband of Margaret L. (Bouillon) Burg, to whom he would have been married 57 years on August 22, 2021. He was born November 21, 1940, at York Hospital and was the son of the late Glenn Roland and Minnie May Henry Burg of East Prospect. A 1958 graduate of William Penn High School, he served in the United States Air Force for four years, from 1962 – 1966, and was stationed in Sacramento, CA and Fairbanks, Alaska. He retired from Standard Register Company in 2002 after 43 years. He was a member of the Twelfth Ward Democratic Club. His avid interest in deep sea fishing and hunting took him throughout the United States, Canada, Mexico, and Costa Rica. He faithfully followed the Boston Red Sox Baseball Team from his early years. Farming and growing a yearly garden spanning 54 years at the family home in Conewago Township where also hobbies inspired by his father. He is survived by his wife, Margaret, son Daniel R. Burg (wife, An M. Wert) of York, daughter Susan R. Burg of West Newton, PA, grandsons Brandon S. Burg (wife, Carissa Spies) of Hellam, PA, Joshua A. Feo of Windsor, PA granddaughters Amanda N. Burg, Tessa E. Myers, Both of York and Layla V. Myers of West Newton. He is also survived by his five great grandchildren and was preceded in death by his parents and sister, Donalene V. Burg. Cremation will take place with Burg Funeral Home, Inc., 134 W. Broadway, Red Lion. A Memorial Service to celebrate Glenn’s life will be held on Friday, August 20th at 3 PM at the funeral home with Rev. David D. Tietje, pastor of St. John’s United Church of Christ in Red Lion, officiating. Full military rites will be offered by the York County Veterans Honor Guard at the funeral home. Burial will take place at East Prospect Riverview Cemetery at the convenience of the family. Contributions in Glen’s memory may be offered to the York County Food Band; 254 W. Princess Street, York PA 17401 or another charity of your choice.

The family of Glenn A. Burg created this Life Tributes page to make it easy to share your memories.

Send flowers to the Burg family.