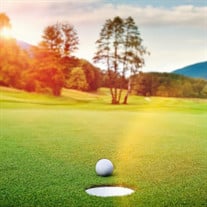 Henry Anthony “Tony” Greener, of York, accepted the hand of his Lord and Savior on Thursday, December 2, 2021, as he left this earthly life to begin his eternal life, surrounded by his loving family at the age of 86. He is the loving husband of Nancy E. (Rosenfeld) Greener to whom he was married, celebrating 55 years together. He was born in Wilkes-Barre, PA on September 2, 1935, and was the son of the late Harry A. and Claire (McAvoy) Greener. After graduating from high school, Tony went on to college, earning a bachelor’s degree from Wilkes College in 1961. He then attended Penn State before working for various companies and eventually becoming the owner and operator of the H.A. Greener Company for more than twenty years. Tony was an avid golfer, playing “Team Play” at South Hills Golf Course in Hanover for many years. Tony attended St. Joseph’s Catholic Church on Kingston Road and was a United States Army Veteran. His family was very important to him, and he loved spending time with them. Tony leaves his wife, Nancy, and their two daughters, Kate Greener (Steve Kozak) of Hastings on Hudson, NY, and Rachael Greener Clausius (Paul) of Fontana, WI. He was the doting grandfather of Hannah Kozak and Ellie Clausius. Tony is also survived by his sister Judith Feeney of West Grove PA, as well as several nieces and nephews. A visitation for Tony will be held at St. Joseph’s Catholic Church, 2935 Kingston Rd. York, PA 17402, on Tuesday, December 7, 2021 from 10-11am. A Mass of Christian burial will begin at 11am with Father Rigo Azanwi, OSM, CAP, officiant. Burial will be private and take place at St. Joseph’s on the Brandywine Cemetery in Greenville, Delaware at the convenience of the family. Burg Funeral Home, Inc., 134 Broadway, Red Lion is assisting the family with arrangements. In lieu of flowers, contributions may be offered in memory of Tony to: The George and Helen Ralston Scholarship Fund at Wilkes College 84 W. South Street Wilkes Barre, PA 18766 or to the Salvation Army, Attn: Bessie Babbitt, Major, York Area Coordinator and Corps Officer, 50 E. King St., York, PA 17405.

Henry Anthony &#8220;Tony&#8221; Greener, of York, accepted the hand of his Lord and Savior on Thursday, December 2, 2021, as he left this earthly life to begin his eternal life, surrounded by his loving family at the age of 86. He is the loving... View Obituary & Service Information

The family of Henry Anthony "Tony" Greener created this Life Tributes page to make it easy to share your memories.

Henry Anthony “Tony” Greener, of York, accepted the hand of his...

Send flowers to the Greener family.