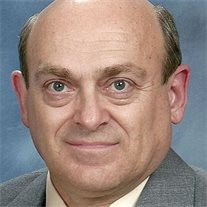 YORK James G. "Buck" Mathias, 62, entered into eternal rest after a lengthy illness at 2: 16 p.m. Monday, August 27, 2012, at his residence with family by his side. He was the husband of Susan E. (Gross) Mathias. Jim was born on November 8, 1949, at Hanover Hospital and lived most of his life in Hanover, where he was a baptized/con-firmed member of Trinity U.C.C. He was the son of the late George N. and Barbara L. (Koons) Mathias. He started working at a small printing company after high school and then moved to the company from which he would retire 40 years later. The Sheridan Press recognized him as the company employee with the second highest longevity. While learning the printing trade he enlisted in the Army, and then trained at Ft. Bragg. His printing expertise was used in his service in Vietnam, working directly for General William Westmoreland handling the casualty reports. When Gen. Westmoreland requested that he extend an extra six months, he did so at great personal risk. He then surprised his parents with a return home on Christmas day in 1971. Jim loved, knew, and collected music of all kinds. He was a 1967 graduate of South Western High School and a more loyal alumni you could not find. Sports was also central to his life. Most of his adult life he was involved with the Hanover Softball Association and participated in many roles as player, manager, coach, and umpire. He wrestled and played baseball through his senior year of high school, and was manager of the Track and Field team. As a lifelong Orioles, Colts, and Tar Heels fan, he rarely missed a game. Jim was a member of Canadochly Lutheran Church where he served as an usher. In addition to his wife, Susan, he is survived by four children, Mark James Mathias of Hanover, Timothy Paul Mathias (Stephanie) of Gettysburg, Amanda Elizabeth Althoff (Matthew) of Loganville, and Benjamin Andrew Foltz (Liliana) of Baltimore, Md.; seven grandchildren, Ryder James, Zander Thomas, Paisley Rose, Alexis Jordan, Kingston Jordan, Zachary Ryan, Julia Marie, and a grandson due in mid-November; two brothers, Thomas Mathias of Hanover and John Mathias of Manchester; a sister, Melody Arnold of Hanover; and 19 loving nieces and nephews. There will be a viewing from 10:30 to 11:30 a.m. Saturday at Canadochly Lutheran Church, 4921 East Prospect Road, York. The service will begin at 11:30 a.m. Saturday at the church with his pastor, the Rev. Allen M. Schwarz, officiating. Burial will be in Mt. Rose Cemetery with full military rites by the York County Veterans Honor Guard. Burg Funeral Home, Inc., 134 W. Broadway, Red Lion, will be handling the arrangements. In lieu of flowers, contributions may be offered to Canadochly Lutheran Church, 4921 East Prospect Road, York, PA 17406; or to a charity of your choice in memory of Jim. Jim met Susan and spent his most recent years in York. He transferred his membership to Canadochly Lutheran Church, where they were married eight years ago. They greatly enjoyed their everyday lives, traveling, and their grandchildren. Online condolences may be offered at www.BurgFuneralHome.com

YORK James G. "Buck" Mathias, 62, entered into eternal rest after a lengthy illness at 2: 16 p.m. Monday, August 27, 2012, at his residence with family by his side. He was the husband of Susan E. (Gross) Mathias. Jim was born on November 8,... View Obituary & Service Information

The family of James G. "Buck" Mathias created this Life Tributes page to make it easy to share your memories.