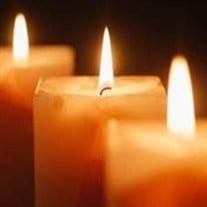 Jeffrey Lee Silar, of Dallastown, entered into God’s eternal care on Wednesday, January 23, 2019 at 4:58 pm at Manor Care Dallastown, at the age of 74. He was born in York on June 22, 1944 and was the son of Rosetta M. (Snell) Silar and the late Curtis E. Silar. He was a graduate of Red Lion High School, Class of 1962. After high school, he went to Penn State where he earned a Bachelor’s Degree in Zoology, graduating in the Class of 1966. He was an Environmental Protection Specialist, working for the Commonwealth of Pennsylvania, Department of Environmental Protection, from where he retired after 16 years of service. Jeff loved the outdoors and nature; he enjoyed photography and an avid race car fan. He was a United States Navy Veteran. Besides his mother, he leaves behind two sisters, Nancy L. Day and husband Richard of Gaithersburg, MD and Joy A. Conrad and husband Philip of Windsor, PA, along with numerous nieces, nephews and cousins. He was preceded in death by a sister, Karen S. Silar in 1960. Cremation will take place with Burg Funeral Home, Inc., 134 W. Broadway, Red Lion. Services and burial will be private and at the convenience of the family, at a later date. In lieu of flowers, contributions may be offered, In Memory of Jeffrey L. Silar, to Richard M. Nixon County Park, 400 Mundis Race Road, York, PA 17406-9721. A golden heart stopped beating, hard working hands now at rest. God broke our hearts to prove to us, that he only takes the best.

The family of Jeffrey Lee Silar created this Life Tributes page to make it easy to share your memories.

Send flowers to the Silar family.