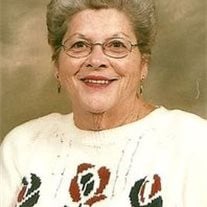 FELTON Kay F. (Hoffmaster) Over, 76, formerly of Red Lion, entered into rest unexpectedly on Friday, August, 24, 2012, at 10:16 a.m. at Memorial Hospital. She was the companion of Dale Hawkes of Felton and the wife of the late James C. Over, who entered into rest on Jan. 4 1993. Born in Windsor on March 23, 1936, she was the daughter of the late Perry and Emma G. (Mundis) Hoffmaster. She was a homemaker. Kay was a life member and very active in Emmanuel United Methodist Church in Windsor, where she was a former Sunday School teacher and a member of the United Methodist Women. Surviving are three daughters, Angela K. Snook and husband, Kurt of Stewartstown, Crystal Fuhrman and husband, Howard of Lucky and Stephanie Boyer of Columbia; eight grandchildren; two great-grandchildren; one sister, Dixie Martz of Palmyra; a brother, Terry Hoffmaster of New Providence; and several nieces and nephews. She was preceded in death by a daughter, Lisa Jo Raffensberger; and a sister, Donna Graham. Viewing will be 6 to 9 p.m. Tuesday and 9 to 10 a.m. Wednesday at Emmanuel U.M. Church, 2185 Windsor Road, Windsor. Burg Funeral Home, Inc., 134 W. Broadway, Red Lion, will be handling the arrangements. The service will be 10 a.m. Wednesday at the church, with her pastor, the Rev. Harold E. Snyder and the Rev. Craig A. Newton, retired U.M. Pastor, officiating. Burial will be in Windsor Cemetery. In lieu of flowers, contributions may be offered to Emmanuel U.M. Church "Building Fund", P.O. Box 341, Windsor, PA 17366. Kay was a wonderful Mother and Grandmother, her family always came first with her, even though she was always available to others in need. She enjoyed flowers and here is a quote she wrote to all of her family and friends, "Think of me, when you see or even plant a mum". She will be greatly missed. On line condolences may be offered at www.BurgFuneralHome.com

FELTON Kay F. (Hoffmaster) Over, 76, formerly of Red Lion, entered into rest unexpectedly on Friday, August, 24, 2012, at 10:16 a.m. at Memorial Hospital. She was the companion of Dale Hawkes of Felton and the wife of the late James C. Over,... View Obituary & Service Information

The family of Kay F. (Hoffmaster) Over created this Life Tributes page to make it easy to share your memories.

Send flowers to the (Hoffmaster) Over family.