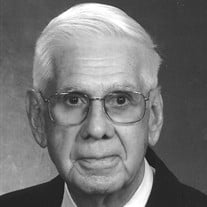 Kenneth Marley Roth, of Red Lion, peacefully passed to the glory of his Heavenly home on Sunday, March 21st, 2021 at 10:50 am at Wellspan York Hospital at the age of 89. He was the loving husband of Fae M. (Grim) Roth, to whom he married on February 12, 1955, celebrating 68 years of marriage. He was born on June 5, 1931 in Red Lion and was the son of the late Raymond D. and V. Almena (Spangler) Roth. Ken graduated from Red Lion High School Class of 1949 and attended two years at York Junior College. He proudly served two years in the United States Army with the 1437th Engineer Company APO 266 as Staff Sergeant, serving active duty during the Korean War. As a young man, he learned how to work hard and to help others. In his adult life he served as a steward of the community in many ways. He was a life member of the former Leo Fire Company #34, joining at the age of 16, following in his father’s footsteps, and remained active for many years, serving as the Chief from 1971 to 1975. Ken would always be ready to answer a fire call and assist his fellow firefighters throughout the years. After being discharged from the military, he worked for several years as the vice president of the Red Lion Table Company, then went on to obtain a job at the former York Hospital (Wellspan) in the engineering department, serving as the supervisor of maintenance from 1975 to 1995, when he retired after twenty years of employment. He was one of a few who could honestly say “they loved the job they were doing”. After his retirement, he continued to serve the community and volunteer his services for the Red Lion Community by offering non-emergency transports through Red Lion Ambulance Club, where he was also a member, and he delivered meals on wheels for those who needed it. Ken was a 65-year member of the Red Lion Lodge Free and Accepted Masons #649, Scottish Rite, earning his 32nd degree and Tall Cedars of Lebanon. In 2002, Ken was honored by the members of the Red Lion Community by being awarded the Catherine Meyer Award. Ken was a Life Member of St. Paul’s United Methodist Church in Red Lion where he was very active, serving as Trustee and on various committees within the church. He was a servant of the Lord and worked everyday for his Lord. He had an incredibly old bible that he read from front to back seven times. Ken had a very long arm and a big heart when it came to sharing and spreading his knowledge and wisdom to others. Ken leaves his lovely wife, Fae and his daughter, Nan L. Horne, and her husband Bradley of Dover. He was the loving grandfather to Leanne M. Bailey and her fiancé, Brandon Minnich of Dallastown and Jared M. Bailey and his wife, Brianna of Red Lion, and the great grandfather of Marlee F. Minnich (who was named after Kenneth), Karsyn J. Bailey and Barrett D. Bailey. He was preceded in death by his brother, Raymond L. Roth and his sister, Annabelle M. Sherman. Cremation will take place with Burg Funeral Home, Inc., 134 W. Broadway, Red Lion. A Memorial Service to Honor and Praise Kenny’s life will be held on Friday, April 2nd, at 11 am at St. Paul’s United Methodist Church, 45 First Ave., Red Lion. Family and friends may extend their condolences from 10 to 10:45 am at the church. Masonic Rites will be offered beginning at 10:45 am by Red Lion Lodge F&AM #649, directly followed by the service. Burial will take place at Susquehanna Memorial Gardens with full military rites offered by the York County Veterans Honor Guard. All attending the service are asked to wear a mask and to follow the social distancing guidelines as set forth by the CDC. Please keep your family visit to a minimum, to allow everyone time to greet the family. In lieu of flowers, contributions may be offered to: St. Paul’s United Methodist Church, PO Box 250, Red Lion, PA 17356. Online condolences may be offered at: www.BurgFuneralHome.com

Kenneth Marley Roth, of Red Lion, peacefully passed to the glory of his Heavenly home on Sunday, March 21st, 2021 at 10:50 am at Wellspan York Hospital at the age of 89. He was the loving husband of Fae M. (Grim) Roth, to whom he married on... View Obituary & Service Information

The family of Kenneth Marley Roth created this Life Tributes page to make it easy to share your memories.

Send flowers to the Roth family.