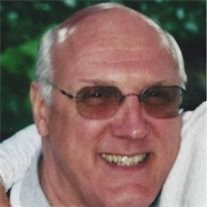 Kirby Wayne Sheffer died Thursday, June 18, 2015, in York Hospital. He was the husband of Susan L. (Krieg) Sheffer, to whom he was married for 39 years on May 1, 2015. Kirby was born in Red Lion, on July 14, 1948, and was the son of Glenwood and Ruth (Gemmill) Grim of Dallastown. Kirby attended Valley Forge Military Academy and Valley Forge Junior College, where he was a member and Captain of the band. He graduated from York College and received his Master's degree from Millersville University. He proudly served in the U.S. Army and is a member of the American Legion Post #605 in Dallastown. Kirby retired from the Pennsylvania Department of Health in Harrisburg in 2010. He was also a member of St. John's Blymire U.C.C in Dallastown. In addition to his wife, he is survived by his sister, Shirley Failor and her husband, Gary; his brother, Phil Sheffer and his wife, Patty; and brother-in-law, Jim Krieg. He was predeceased by his brother, Glenn Sheffer. He is also survived by several nieces and nephews. Services will be held on Tuesday, June 23, in the Red Brick Chapel of St. John's Blymire's Church at 11 a.m. with his pastor, Lou Ann Jones officiating. Viewing will be from 10 to 11 a.m. at the church. Burg Funeral Home, Inc., 134 W. Broadway, Red Lion, will be assisting the family with the arrangements. Burial will be at Blymire U.C.C. (St. John's) Cemetery with full military rites presented by the York County Veterans Honor Guard. In lieu of flowers, contributions may be offered to the Red Brick Chapel Fund, St. John's Blymire's Church, 1009 Blymire Road, Dallastown, PA 17313. www.BurgFuneralHome.com

The family of Kirby Wayne Sheffer created this Life Tributes page to make it easy to share your memories.