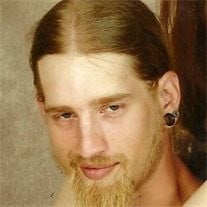 L. Curvin Hodge entered into rest unexpectedly on Friday, September 27, 2013 in Chanceford Township as a result of a motor vehicle accident at 10:26 p.m. at the age of 23. He was the fiance of Samantha D. Scott of Airville. Born December 10, 1989 in York, he was the son of Penny L. (Runkle) Reich (Gary Yowell, Ole Man) of Airville and Leroy F. Hodge, Jr. of Florida and stepfather, Donald H. Reich, Jr. (Shawnee Dunlap) of Airville, and stepmother, Tonya VanHart of Delta. Curvin worked for his BEST FRIEND, Phil Saylor, as a roofer for the past five years. Besides his parents and fiancee, he is survived by his Beloved Pit Bull, Boss; a sister, Nicole A. Reich (Justin) of Airville, two brothers, Eric M. Reich (Britny) of Airville and Brian Macklin (Misty) of Windsor, two stepsisters, Chasity H. Reich and Heather L. Reich, both of Airville; a stepbrother, Craig Thomas of York; a nephew, Levi Reich; maternal grandmother, Sandra D. Heffner (Dumb Nanny) of Airville; paternal grandmother, Nancy J. Feiler of Holtwood; paternal grandfather, Donald H. Reich, Sr. of Airville; Aunt, Patty Strausbaugh (Rick) of Ohio whom he was close to; aunts, uncles, cousins; and a close friend, Tara Barshinger of Yoe. He was preceded in death by a good fishing buddy, Thomas McLearnin; and his grandfather's, Stanley C. "Steamer" Runkle and Sammy Ricker. Viewing from 6 to 7 p.m. Thursday at Burg Funeral Home, Inc., 134 W. Broadway, Red Lion. A service to Honor and Praise for Curvin will begin at 7 p.m. Thursday at the funeral home, followed by cremation. Rev. Thomas R. Osenbach of Bethlehem (Stonepile) UM Church, Red Lion, and Pastor Rodney T. Stamper of Bethany Baptist Church, Airville, will officiate. Burial will be in McKendree Cemetery at the convenience of the family. In lieu of flowers, contributions may be made to In Memory of Curvin to People's Bank, c/o Donald Reich or Sandy Heffner, 2510 Delta Road, Brogue, PA 17309 or to any branch office of People's Bank. Curvin was a wonderful Son, Brother, Grandson, and Friend to many. He loved performing with his Bass Guitar and being outdoors 4-wheeling at Minersville and Fishing with his buddy, Bryan Lind. He was very close to Craig Smith, who he worked with and without knowing it, Craig was his Mentor, someone who Curvin trusted and looked up to. We will mis you greatly, Curvin. Online condolences may be offered at www.BurgFuneralHome.com

L. Curvin Hodge entered into rest unexpectedly on Friday, September 27, 2013 in Chanceford Township as a result of a motor vehicle accident at 10:26 p.m. at the age of 23. He was the fiance of Samantha D. Scott of Airville. Born December 10,... View Obituary & Service Information

The family of L. Curvin Hodge created this Life Tributes page to make it easy to share your memories.

Send flowers to the Hodge family.