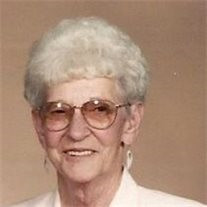 RED LION Laura V. (Snyder) Kite,90, entered into rest on Sunday, April 29, 2012 at 12:30 a.m. at Manor Care Dallastown. Born in Windsor, on October 28, 1921, and was the daughter of the late James and Mamie (Peters) Snyder. She was a School Bus Driver for Red Lion and she also drove bus in Kansas City, Mo. Laura worked at Giant Foods on Pauline Drive for 9 years retiring in 2000. She was a 50 year member of Ladies Auxillary VFW Post #2493 in Mt. Wolf and she also belonged to the VFW Ladies Aux #7900 in Jackson County, Kansas City, Mo., in which she was a past president and she participated in the parade services. She was a member of the American Legion Ladies Aux. #543 in Red Lion and the Optimist Club in Kansas City, Mo., where she was a former Treasurer. She resided in Rio de Janiero, Brazil and in Ft. Myers, Fla. Surviving are a son, Donald W. Shenberger of Hagerstown, Md., and his wife Ruthie; two daughters-in-law, Joy L. Kite of Red Lion and Diane Landers of Fla.; three grandchildren, Ginnie Rudisill and husband, William of Red Lion, Billy M. Kite, III of Windsor and Cory L. Kite and companion, Brian Butler of Lamar; one great-grandson, Tyler J. Rudisill; numerous other grandchildren and great-grandchildren; several nieces and nephews. She was preceded in death by two sons, Billy M. Kite, Jr. and Keith A. Kite; three brothers and one sister. Viewing will be Thursday from 6 to 7 p.m. at Burg Funeral Home, Inc., 134 W. Broadway, Red Lion. Service will be 7 p.m. Thursday at the funeral home, the Rev. Margie Smith, Chaplain of Heartland Hospice will officiate. Burial will be in Mount Rose Cemetery at the convenience of the family. In lieu of flowers, contributions may be offered to American Heart Association, 140 Roosevelt Ave., Ste. 208, York, PA 17401. Laura was a wonderful Mother, Mother-In-Law and Grandmother. Her family always came first. She was an avid bowler and was still active playing on four different bowling leagues at the age of 80. She will be missed by all who knew and loved her.

The family of Laura V. (Snyder) Kite created this Life Tributes page to make it easy to share your memories.