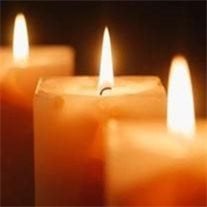 Lester R. Reichard, Jr. formerly of Lower Chanceford Township, entered in rest on Tuesday, December 12, 2017 at 3:29 am at Colonial Manor Nursing and Rehabilitation Center at the age of 74. He was born on December 6, 1943 and was the son of the late Lester R., Sr. and Verna K. (Arnold) Reichard. He worked for Brown's Glass Company in York, retiring in 2008 after many years of service. He was a former member of Springville Free Gospel Church and was a United States Army Veteran. Lester was one of eight children. He leaves his three sisters, Carol S. Miller of Dallastown, Louella V. Knisley and her husband Lonny of York and Jane M. Hawks and her husband Robert of Windsor. A son, Craig Reichard of Craley, three grandchildren, numerous nieces and nephews. He was preceded by four siblings, Samuel E. Reichard, Bonnie J. Mummert, Beverly R. Kendig and Robert Bacon. A service of Honor and Praise for Lester will be held at a later date and will be private. Burg Funeral Home, Inc. 134 W. Broadway, Red Lion, will be assisting the family with the arrangements. Burial will be in Craley Cemetery at the convenience to the family. Rev. David D. Tietje, pastor of St. John's United Church of Christ in Red Lion will officiate. If you could see me now, you wouldn't shed a tear. Thought you may not understand why I'm no longer here. Remember my spirit, that the real me. I'm still very much alive, oh, if you only could see! I've beheld our Father's face. I've touched my Savior's hand. The angels all rejoiced as I entered the Promised Land. Beyond the gates of pearl, I walk on golden streets. I've touched the walls of jasper, dipped my foot in the crystal sea. The beauty is beyond words, nothing can compare. I've seen your mansion; someday I will meet you there. Allow Jesus to be your guide, His word will show you the way. So, please don't cry! WE WILL MEET AGAIN SOMEDAY!"

Lester R. Reichard, Jr. formerly of Lower Chanceford Township, entered in rest on Tuesday, December 12, 2017 at 3:29 am at Colonial Manor Nursing and Rehabilitation Center at the age of 74. He was born on December 6, 1943 and was the son of... View Obituary & Service Information

The family of Lester R. Reichard, Jr created this Life Tributes page to make it easy to share your memories.