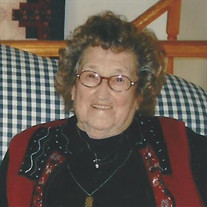 Margaret “Peg” E. (Schmuck) Cook, formerly of Felton, went home to her Lord and Savior on Saturday, November 23, 2019, at Manor Care South, at 8:23 pm at the age of 98. She was the wife of the late Robert Cook who entered into rest on October 1, 2001. Peg was born in Felton on April 12, 1921 and was the daughter of the late Ervin and Annie (Smuck) Schmuck. She worked at the former Little Prince Sewing Factory in Windsor. She enjoyed going to the beach in Ocean City, Maryland and fishing, but most of all, spending time with her family and her grandsons, who were the apple of her eye. She is survived by a son, James R. Deller and his wife Brenda of Felton, two daughters, Patricia D. Black of Felton and JoAnn Taylor of Felton. She was the loving grandmother of Michael Deller, Robert Deller, Bryon Black and Michael Black and great grandmother of Justin Black. She has numerous nieces and nephews and extended family. Peg was preceded in death by a son, Francis “Butch” E. Deller and her siblings, Theda Grove, Lester Smuck, Lena Strayer. Viewing for Peg will be on Monday, December 2nd, from 6-7 pm, at Burg Funeral Home, Inc., 134 W. Broadway, Red Lion. Services and burial will be private and at the convenience to the family in Lebanon Lutheran Cemetery in Felton, at a later date. In lieu of flowers, contributions may be offered to the York County Veterans Honor Guard, PO Box 713, Mt. Wolf, PA 17347

The family of Margaret E. "Peg" Cook created this Life Tributes page to make it easy to share your memories.

Send flowers to the Cook family.