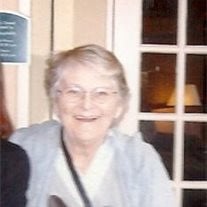 Emenheiser HANOVER Margurite "Maggie" A. (Gustafson) Emenheiser, 71, formerly of Dallastown, entered into rest after a brief illness on Thursday, December 27, 2012 at 10:14 p.m. at Hanover Hospital. She was the wife of Thomas L. Emenheiser, of Thomasville, whom she married on June 14, 1989 celebrating 23 years together. She was born in Brooklyn, N.Y. on September 9, 1941, the daughter of the late Hans F. and Marjorie A. (Worthey) Gustafson. Maggie was an LPN. She worked at the former Leader's Nursing Home in Dallastown then at the Brethren Home in New Oxford where she retired in 2000 after 10 years of service. She attended a Catholic Church in Abbottstown and taught CCD at St. Joseph's Catholic Church in Dallastown. In addition to her husband Thomas, she is survived by two sons-,Mark F. Oakes of Bonneville and Matthew S. Oakes (wife Julie) of Sewell, N.J.; three daughters, Carolyn W. Sterner of Hanover, Kristen M. Paxton (husband John) of York and Michelle L. Bisesi (husband Kevin) of York; five grandchildren, Nicholas, Trena, Kathrine, Elizabeth, Christopher, Jalen and one great-grandchild, Peyton; and two step grandchildren, Michael and Christine; a brother, Gabriel Gustafson and companion, Mark of Pensicola, Fla.; and cousins. She was preceded in death by a step daughter, Robin Combs. Viewing will be Friday, January 4, 2013, from 9 to 10 a.m. at Burg Funeral Home, Inc., 134 W. Broadway, Red Lion. Service will be 10 a.m. Friday at the funeral home, followed by cremation. The Rev. David D. Tietje, pastor of St. John's United Church of Christ in Red Lion, will officiate. Burial will be private and at the convenience of the family. In lieu of flowers, contributions may be offered to: Wellspan Dialysis, 308 St. Charles Way, York, PA 17402. Online condolences may be shared at www.BurgFuneralHome.com

Emenheiser HANOVER Margurite "Maggie" A. (Gustafson) Emenheiser, 71, formerly of Dallastown, entered into rest after a brief illness on Thursday, December 27, 2012 at 10:14 p.m. at Hanover Hospital. She was the wife of Thomas L. Emenheiser,... View Obituary & Service Information

The family of Margurite "Maggie" A. (Gustafson) Emenheiser created this Life Tributes page to make it easy to share your memories.

Send flowers to the A. (Gustafson) Emenheiser family.