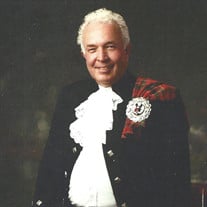 Mark Anthony Monroe, 82, loved father and grandfather, passed away and went to be with his Lord and late wife of 44 years, Barbara Ann (Krouse) Monroe, on July 2, 2019. Mark was born on December 31, 1936, in York, Pennsylvania, to Edythe Rebecca Monroe and Mark Ellsworth Monroe and was the oldest of two children. He graduated from Massanutten Military Academy, a college prep school. Afterward, he attended Pennsylvania Military College, graduating with a degree in Civil Engineering in 1959. The next week, Mark married his Sweet Bonnie Lass, Barbara Ann Krouse, and began his 23-year career in the U.S. Army. He served in Korea, Vietnam, Germany, and several posts in the United States before retiring to begin his work as a civil engineer. Mark traveled in Scotland, England, Germany, Switzerland, Austria, the Czech Republic, Mexico, Canada, and much of the United States. He celebrated his Scottish heritage as a member of the Heather and Thistle Society, the Clan Munro Association, and by regularly attending highland games, Clan Munro gatherings, and Robert Burns suppers. For over twenty years, Mark was an active volunteer for the Houston Livestock Show and Rodeo, and more recently, a committee member and volunteer at the Chuck Wagon Cook-Off at the Washington County Fair in Brenham, Texas. He also enjoyed attending country-western events throughout the south. Mark loved his family, friends, and the many communities in which he was a part. He will be dearly missed by his two children, Stephanie Buchanan and Mark Monroe II, their spouses, Gary Buchanan and Melissa Monroe, and his four grandchildren, Sarah Monroe, Katharine Monroe, Abbey Monroe, and Ty Buchanan. Visitation will be Monday, July 15, 2019, 9:00am - 10:00am at Burg Funeral Home, Inc., 134 W. Broadway, Red Lion. The service will begin at 10 am with Father Mark E. Weiss, of St. Joseph’s Catholic Church in Dallastown, officiating. Burial to follow at McKendree U.M. Cemetery in Airville, Pennsylvania. Mark generously donated to organizations that shared traditional skills and knowledge with younger generations. In lieu of flowers, donations can be made to the Clan Munro U.S.A. Scholarship Program (http://www.ClanMunroUSA.org) or a charity of your choice.

Mark Anthony Monroe, 82, loved father and grandfather, passed away and went to be with his Lord and late wife of 44 years, Barbara Ann (Krouse) Monroe, on July 2, 2019. Mark was born on December 31, 1936, in York, Pennsylvania, to Edythe Rebecca... View Obituary & Service Information

The family of Mark Anthony Monroe created this Life Tributes page to make it easy to share your memories.

Send flowers to the Monroe family.