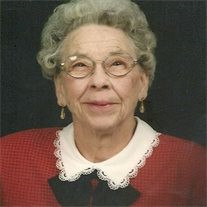 Mary V. (Flaharty) Dellinger, 92, entered into rest after a brief illness at 6:30 p.m. Tuesday, March 5, 2013, at the York Hospital. She was the wife of Stanley G. Dellinger, who entered into rest on June 8, 2001. She was born in Lower Chanceford Twp., on June 20, 1920, the daughter of Harry James and Anna Kathryn (Druck) Flaharty. Mary was a homemaker. She was a lifelong member of New Harmony Presbyterian Church in Airville, and a member of Rainbow Chapter #517, Order of the Eastern Star in Red Lion, AARP, and Brogue Ambulance Ladies Auxillary. Surviving are two daughters, Daune L. Kilgore and husband, William of Airville, and Cindy J. Boyce of Brogue; four grandchildren, Kelly Miller and Lisa Knight, both of Airville, Brandon Boyce of Red Lion, and Jarred Boyce of Delta; four great-grandchildren, Josh and Kyle Miller and Kelsey and Carrie Knight; and nieces and nephews. She was preceded in death by a brother, Charles Flaharty, and a sister, Mildred Urey. There will be a viewing from 9:30 to 10:30 a.m. Saturday, March 9, at Burg Funeral Home, Inc., 134 W. Broadway, Red Lion. The service will begin at 10:30 a.m. Saturday at the funeral home with her pastor, the Rev. Robert S. Edmundson, officiating. Burial will be at New Harmony Presbyterian Church Cemetery in Brogue. In lieu of flowers, contributions may be offered to New Harmony Presbyterian Church, 2295 Delta Road, Brogue, PA 17309; or to Brogue Ambulance Association, 51 Muddy Creek Forks Road, Brogue, PA 17309. Mary was a wonderful Mother and Grandmother who always put her family first. Daune and Cindy would like to extend a very special "Thank You", to each of her caregivers for all of the love and support that they had given to their Mother during her time of illness and all that was shown to the entire family. Your kindness will always be remembered. God Bless Each of You. Online condolences may be made at www.BurgFuneralHome.com

The family of Mary V. (Flaharty) Dellinger created this Life Tributes page to make it easy to share your memories.

Mary V. (Flaharty) Dellinger, 92, entered into rest after a brief...