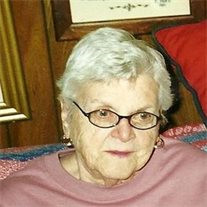 DALLASTOWN Mary E. Dietz, 93, entered into rest after a brief illness on Friday, December 30, 2012, at 4:55 p.m. at Manor Care Dallastown. She was the wife of George E. Dietz, who entered into rest in 1982. Born in York County on March 6, 1918, she was the daughter of the late George W. and Edna (Bailey) Horn. She was a homemaker, a member of Red Lion Bible Church. Mary was a wonderful caregiver to her family and was always concerned about the needs of others. She is survived by a son-in-law, Clair L. Kile, Jr and his wife, Mary of York; three grandchildren, Duane Heilman of Dallastown, Michael Heilman of Logaville, and Kimberly Duke of Mt. Wolf; nine great-grandchildren; five great-great-grandchildren; five stepgrandchildren, Alan Kile of Dover, Michael Kile of Spring Grove, David Kile of Shiloh, Daniel Kile of York, and Steven Kile of Davidsburg; nine step great-grandchildren; and one step great-great-grandchild. She was preceded in death by two daughters, Dixie L. Flinchbaugh in 1966 and Brenda M. Kile in 2004; a granddaughter, Cynthia L. (Flinchbaugh) Collar; and a brother, Clair Horn. Viewing 6 to 7 p.m. Wednesday, January 4, 2012, at Burg Funeral Home, Inc., 134 W. Broadway, Red Lion. Service will follow at the funeral home on Wednesday at 7 p.m. with her pastor, Rev. Steven A. Schmuck, officiating. Burial will be at Blymire's U.C.C. Cemetery at the convenience of the family. In lieu of flowers, contributions may be offered to: Red Lion Bible Church, 105 Springvale Road, Red Lion, PA 17356.

The family of Mary E. (Horn) Dietz created this Life Tributes page to make it easy to share your memories.

DALLASTOWN Mary E. Dietz, 93, entered into rest after a brief...