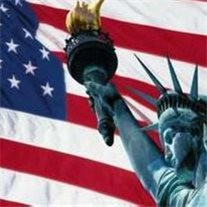 RED LION Mervin L. " Buck" Grove, Jr., 78, entered into rest after a lengthy illness at 9 p.m. Wednesday, March 2, 2011, at his residence. He was the husband of Nancy A. (Taylor) Grove, whom he married on January 7, 1956. The couple celebrated 55 years of marriage. Mervin was born June 13, 1932, in Red Lion. He was the son of the late Mervin L., Sr. and Helen (Hildebrand) Grove. Mervin was a tool and die maker with New Era Die, retiring in 1994 after 40 years of service. He was a United States Army Veteran, serving during the Korean Conflict. He was a longtime and very active member of St. John's United Church of Christ in Red Lion, where he was a former Deacon, served on council and consistory, and was a member of the "Cordial Co-workers' Sunday School class. In addition to his wife, Nancy, he is survived by three sons, Brad A. Grove and wife, Barbara of Windsor, Gregg E. Grove and wife, Roxanne of Windsor, and Todd R. Grove and wife, Heather of Red Lion; one daughter, Lynn A. Taylor and husband, Mark of Red Lion; 10 grandchildren; four great-grandchildren; one brother, James Grove and wife, Judy of Red Lion; one niece; and one nephew. He was preceded in death by his brother, Gene Grove. Viewings will be held from 7 to 9 p.m. Sunday, March 6, at Burg Funeral Home, Inc., 134 W. Broadway, Red Lion, and from 9 to 10 a.m. Monday at St. John's U.C.C., 161 N. Main St., Red Lion. The service will begin at 10 a.m. Monday at the church with his pastor, the Rev. David D. Tietje, officiating. Burial will be at McKendree U.M. Cemetery with full military rites by the York County Honor Guard. Contributions may be offered to Wellspan VNA Hospice, 540 S. George St., York, PA 17403; or to York County Veterans Honor Guard, c/o John M. Vecero, Jr., 670 Hammond Road, York, PA 17406; or to Wellspan VNA Hospice, 540 S. George St., York, PA 17403. Buck was an avid hunter and fisherman. He belonged to the Red Lion Mountain Boys Camp in Tioga County. He loved watching Red Lion baseball and all sports. He was a wonderful husband to Nancy and father to his children. His grandchildren were very important to him and he just looked forward to all the time they spent together, especially attending their sports activities. He will be sadly missed by all who knew him.

The family of Mervin "Buck" Grove, Jr. created this Life Tributes page to make it easy to share your memories.