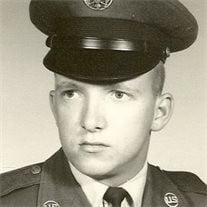 Palmer L. "Hef" Heffner, 69, was carried home on Angels Wings, to be with his Lord and Savior at 5 p.m. on Saturday, August 24, 2013, at York Hospital. He was the husband of Glenda L. (Arnold) Heffner of Red Lion, whom he married on February 17, 1968. He was born in Windsor Twp., on December 22, 1943, the son of the late Mervin L. and Viola P. (Strayer) Heffner. Hef worked at Dean's Body Shop and then went to the Quality Auto Salvage for 46 years and then the Dallastown Post Office retiring in 2006 after many years of service. He was a United States Air Force Veteran, who served in the Vietnam War. He was a longtime member of Winterstown UM Church, and the American Legion Post #0945 in Harrisburg. In addition to his wife, Glenda, he is survived by two daughters, Stacy L. Werner and husband, Donald of Windsor and Pam L. Johnson and husband, Keel of Airville; two grandchildren, Thomas Keel Johnson and Tiffany Ann Johnson; three brothers and two sisters, Delores Parlett (Marvin) of Red Lion, Denton Heffner (Sylvia) of Red Lion, Robert Heffner (Kathy) of Felton, Bruce Heffner (Bernita) of Red Lion and Linda Joines (John) of Stewartstown; sister-in-law, Nancy R. (Craley) Heffner of Red Lion; and several nieces and nephews. He was preceded in death by a brother, Mervin H. "John" Heffner. Viewing will be Friday from 9:30 to 11:30 a.m. at Burg Funeral Home, Inc., 134 W. Broadway, Red Lion. The service will be Friday at 11:30 a.m. at the funeral home, with the Rev. Ronald Doverspike, of Bethany UM Church, Red Lion, and Rev. Joseph N. Yorks, of East Salem UM Church in Mifflintown, officiating. Burial will be in Susquehanna Memorial Gardens with full military rites by the York County Veterans Honor Guard. In lieu of flowers, contributions may be offered to: Hospice and Community Care, 685 Good Drive Lancaster, PA 17604-4125; or to Lebanon VA Medical Center, 1700 S. Lincoln Ave., Lebanon, PA 17042. Palmer was a wonderful husband to Glenda for 45 years and a great Father and Grandfather. He loved fishing and hunting and spending time with his family. He will be sadly missed. "It's quitting time!! Love, your family". On line condolences may be made at : BurgFuneralHome.com

Palmer L. "Hef" Heffner, 69, was carried home on Angels Wings, to be with his Lord and Savior at 5 p.m. on Saturday, August 24, 2013, at York Hospital. He was the husband of Glenda L. (Arnold) Heffner of Red Lion, whom he married on February... View Obituary & Service Information

The family of Palmer "Hef" L. Heffner created this Life Tributes page to make it easy to share your memories.