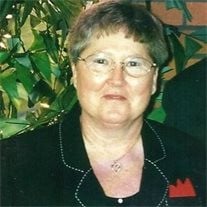 RED LION Patricia "Pat" Jo (Holliday) Shannon entered into eternal rest on October 8, 2015, at 7:28 p.m. at her residence, surrounded by her loving family at the age of 74. She was the wife of the late Donald R. Shannon, who entered into eternal rest on April 19, 2012. Pat was born in Corliss, W.Va. on July 31, 1941, and was the daughter of Hilda Louise (Burr) Holliday of Red Lion and the late Joseph B. Holliday. Pat was known for her business, Pattio-The-Clown, where she would entertain at local children's parties for approximately 40 years. She was also an Avon representative for many years. Pat was a longtime member of St. Paul's United Methodist Church in Red Lion, was an officer of Rainbow Chapter #517 Order of the Eastern Star in Red Lion, and participated with the Welcome Wagon for years. Pat was a 1961 graduate of Goldey Beacom College in Wilmington, Del. Surviving her are a son, Matthew C. Shannon of Red Lion; a daughter, Ashley Jo Shannon of Red Lion; five grandchildren, Curtis Warren, Terrence Warren, Kobe Warren, Cameron Finch, Carter Finch; brother, Joseph V. Holliday III and wife, Cheryl of York; two sisters, Margaret Ann Holliday of Chestertown, Md., Karen Sue Moore Holliday and husband, Charles Moore of Westport, Mass.; numerous nieces and nephews; and very good friend, Mona Hagner of Red Lion. A viewing will held Wed., Oct. 14 from 11 to 11:45 a.m. at St. Paul's United Methodist Church, 45 1st Ave., Red Lion, with Rainbow Chapter #517 OES honoring Pat with a short ceremony beginning at 11:45 a.m. at the church. Burg Funeral Home, Inc., 134 W. Broadway, Red Lion, is assisting the family with arrangements. Service of Honor and Praise for Pat will begin at Noon on Wed. at the church. Her pastor, the Rev. Timothy A. Funk, will be officiating. Cremation will follow the service and burial will be private and at the convenience of the family. It is the wish of the family, that in lieu of flowers, contributions be offered to M & T Bank, 750 Lombard Road, P.O. Box 304, Red Lion, PA, in honor of Pat's five grandchildren, to go toward their future education. Pat was a great Mother and grandmother. She adored her grandchildren and spending time with her family. She was a social butterfly and loved being in the company of others and was always willing to find a way to help those in need. She will be greatly missed by all who knew and loved her. Online condolences may be offered at www.BurgFuneralHome.com

RED LION Patricia "Pat" Jo (Holliday) Shannon entered into eternal rest on October 8, 2015, at 7:28 p.m. at her residence, surrounded by her loving family at the age of 74. She was the wife of the late Donald R. Shannon, who entered into eternal... View Obituary & Service Information

The family of Patricia "Pat" Jo (Holliday) Shannon created this Life Tributes page to make it easy to share your memories.