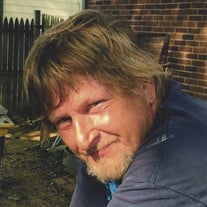 Ray E. Lane, of Fawn Grove, entered into God’s care, reuniting with his beloved mother, on Sunday, January 19, 2020, after a brief illness, at Hershey Medical Center, at 12:49 pm at the age of 52. He was born in York on August 25, 1967, and is the son of Charles H. Lane and the late Naomi R. (Rothermel) Lane. He graduated from York Suburban High School, Class of 1986. Ray was self-employed, in the construction trade. He worked for 20 years with James Baldwin Custom Contruction, LLC. He enjoyed doing home improvement projects and helping friends and family with their projects, and just spending time with them. In addition to his father and his companion Peggy Tyson, Ray leaves his three children, Sasha Roberson and husband James of Georgia, Samantha Shearouse and husband Christopher of VA and Cameon Lane and wife Brooke of FL. Ray was the loving grandfather of Luke, Christopher, Anastasis and Payton. He was one of eight children, Paul H. Lane and his wife Valerie of Fawn Grove, Bryan L. Lane of Windsor, Linda Pulis and her husband Clarence of North Carolina, Bonnie Shultz and her companion Shannon Morris of Wrightsville, Charles Lane , Jr. of Mt. Morris , NY, Randy Lane of NY and Joyce Mobley and her husband Philip of Windsor. He also leaves an aunt, uncles, cousins and numerous nieces and nephews, his companion, Bonnie Frey of York. Ray also leaves behind Peggy's daughter, Christine Britton of York. A Service of Honor and Praise for Ray will be on Thursday, January 23rd, at 11 am at Burg Funeral Home, Inc., 134 W. Broadway, Red Lion. Viewing will begin at 10 am until the start of the service, at 11 am. Pastor James A. Baldwin , of Woodbine Believers Assembly Church, in Airville, will officiate. Burial will take place in Susquehanna Memorial Gardens. In lieu of flowers, contributions may be offered to: Cancer Patient Help Fund, 50 North Duke Street, Second Floor, York PA 17401.

The family of Ray E. Lane created this Life Tributes page to make it easy to share your memories.

Send flowers to the Lane family.