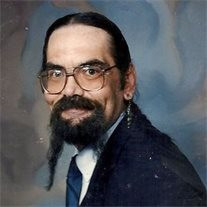 Richard G. Bilger, Jr., 60, entered into rest after a lengthy illness on Friday, January 11, 2013, at 8:45 a.m. at Colonial Manor Nursing and Rehabilitation Center. Born in Washington, D.C., on August 1, 1952, he was the son of Richard G., Sr and Edwina H. (Jones) Bilger of Monkton, Md. He was an Assembly Man at 3M Tool and Die in York. In addition to his parents he leaves a daughter, Melissa B. Ensor and her husband, Greg of Monkton, Md.; a granddaughter, Kayla Marie of Monkton, Md.; four brothers, Edward W. Bilger and Mark A. Bilger, both of Hampstead, Md., and David S. Bilger of Delta and Paul H. Bilger of Monkton, Md.; a sister, Kristina H. Hoerl of Dundalk, Md.; and several nieces and nephews. There will be no viewing. Cremation will take place with Burg Funeral Home, Inc., 134 W. Broadway, Red Lion. The service and burial will be private at Methodist Protestant Cemetery in Monkton, Md., at the convenience of the family. In lieu of flowers, contributions may be offered to: Hereford Volunteer Ambulance #530, 901 Monkton Road, Monkton, MD 21111; or to Hereford Volunteer Fire Company #440, 510 Monkton Road, Monkton, MD 21111. Online condolences may be offered at www.BurgFuneralHome.com

The family of Richard G. Bilger, Jr. created this Life Tributes page to make it easy to share your memories.

Send flowers to the Bilger, family.