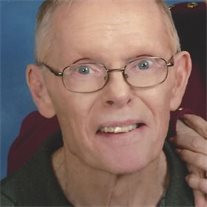 Robert E. "Bob" Reichard, of Red Lion, entered into God's eternal care on Sunday, June 18, 2017 at 2:20 pm at Manor Care Kingston Court at the age of 78. He was the loving husband of Joan L. (Shelley) Reichard. Bob was born in York on January 31, 1939 and was the son of the late Phillip and Romaine (Collins) Reichard. He was the RECON Manager at the former Sterner's Chevrolet in Red Lion which then became the former Griffith. Later he worked at Hanover Chevrolet for several years retiring in 2005. He attended St. Paul's Chapel United Methodist Church in Red Lion. He was a United States Marine Corp Veteran. He is survived by his wife, Joan. Two sons, Scott E. Reichard and his wife Amy of Airville and Craig A. Reichard of Felton. Five grandchildren, Nicole Green and her husband Taylor, Adam Reichard, Jaclyn Reichard, Seth Reichard and Dylan Reichard. A sister, Mariam Beaverson of Red Lion and several nieces and nephews. There will be no viewing. Cremation will take place with Burg Funeral Home, Inc., 134 W. Broadway, Red Lion. Family and friends may extend their condolences on Thursday, June 22nd from 6-7 pm at the funeral home. A Memorial Service to Honor and Praise Bob will begin at 7 pm with his pastor, Rev. Brendan L. Hock officiating. A flag folding ceremony will be presented by the York County Veterans Honor Guard. Burial will be private and at the convenience of the family. The family would like to extend a very heartfelt thank-you to all of the many family members, friends and neighbors for all of their loving help given to them during this difficult time. In lieu of flowers, contributions may be offered to: St. Paul's Chapel United Methodist Church, 3050 Cape Horn Road, Red Lion, PA 17356 Bob was a very devoted and loving husband to Joan, to whom he married on February 16, 1963, celebrating 54 years together, and a great Father and Grandfather. He enjoyed hunting, fishing, camping and trips to the mountains. God saw you getting tired, and a cure was not to be. So He put his arms around you, and whispered, "Come to me." A golden heart stopped beating, hardworking hands now rest. He broke our hearts to prove to us, He only TAKES THE BEST. We will miss you dearly, until we meet again.

Robert E. "Bob" Reichard, of Red Lion, entered into God's eternal care on Sunday, June 18, 2017 at 2:20 pm at Manor Care Kingston Court at the age of 78. He was the loving husband of Joan L. (Shelley) Reichard. Bob was born in York on January... View Obituary & Service Information

The family of Robert E. "Bob" Reichard created this Life Tributes page to make it easy to share your memories.