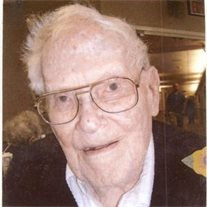 YORK Rev. Robert Harris Shipp, 101, formerly of Windsor, went home to be with his Lord on Tuesday, May 17, 2011, at 11:55 p.m. at Lutheran Nursing and Rehabilitation Center Village at Sprenkle Drive in York. He was the husband of Lillie P. (Henkel) Shipp to whom he was married on August 2, 1937, celebrating 74 years together. Robert was born in Pittsburgh on June 18, 1909 and was the son of the late Robert J. and Edna M. (Harris) Shipp. He graduated from Nyack College, Nyack, N.Y. in 1941 and began teaching Bible courses in Christian Missionary Alliance Bible Schools, and Emmanuel Bible Training School in Pittsburgh for the next 4 years. It was there that he met his wife Lillie. After 4 years, he was ordained by the Assemblies of God organization. He and his wife pastored AOG churches in Washington, and Canonsburg, at which time he also served as Presbyter of the Southwest section for a number of years. In 1961 he accepted the pastorate in Windsor, where he remained for 14 years. In 1975, after having supervised the purchase of a parsonage on Lombard Road, and adding a new sanctuary to the church building, he resigned from active duty. In the following years, he served on the South Central committee of the AOG, filling in for church vacancies in the York, Lancaster and Harrisburg area. Besides his wife, Lillie, he is survived by one son, Donald R. Shipp and wife Jeanne of East Petersburg; one daughter, Gerry F. Cook and husband James of Royse City, Texas; one granddaughter, Tracy Wenzel and husband David of Maryland; two great-grandchildren, Joshua and Luke Wenzel. He was preceded in death by his adopted son, Jack Reed. A viewing will be Monday, May 23, 2011, from 6 to 8 p.m. at Burg Funeral Home, Inc., 134 W. Broadway, Red Lion. A memorial service will be Tuesday at 10:30 a.m. at Windsor Assembly of God Church, 21 N. Penn St., Windsor, 17366. His pastor, Rev. James Levkulich and Rev. Philip Bongiorno, former Superintendent of the Penn-Del District Assemblies of God will officiate. Burial will be private and at the convenience of the family. It is the wishes of the family that there be no flowers. Rev. Ship would like contributions offered to Foreign Missions Department, c/o Windsor Assembly of God Church, 21 N. Penn St., Windsor, PA 17366.

YORK Rev. Robert Harris Shipp, 101, formerly of Windsor, went home to be with his Lord on Tuesday, May 17, 2011, at 11:55 p.m. at Lutheran Nursing and Rehabilitation Center Village at Sprenkle Drive in York. He was the husband of Lillie P. (Henkel)... View Obituary & Service Information

The family of Rev. Robert H. Shipp created this Life Tributes page to make it easy to share your memories.

Send flowers to the Shipp family.