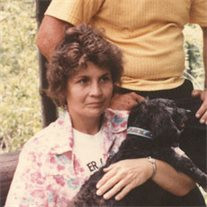 DOVER Sharon K. (Getchel) Brown, 66, entered into rest on Sunday, August 22, 2010, at 6 a.m. at her residence. She was the wife of Carl V. Brown, to whom she was married on June 10, 1961, and celebrated 49 years together. Sharon was born in Windsor on February 3, 1944, the daughter of Florine (Keesey) and the late Samuel Westley Getchel. She was a daycare teacher. Sharon enjoyed reading her Bible, and also enjoyed and loved her animals and grandchildren. In addition to her husband, she is survived by two daughters, Kasieann Stough of Red Lion and husband, Jeffrey and Tammy Tusing of Dover and husband, Rodney; three grandchildren, Melissa Stough, Jasmine Stough, and Tara Tusing; two great-grandsons, Gage Stough, and Hatton Hines; her mother, Florine (Keesey) Getchel; two sisters, Judy Seaks of Windsor and husband, Arthur; and Jamie Crumbling of Craley and husband, Curbin; and many nieces and nephews. Memorial contributions may be offered to York County SPCA, 3159 Susquehanna Trail North, York, PA 17402

The family of Sharon K. (Getchel) Brown created this Life Tributes page to make it easy to share your memories.