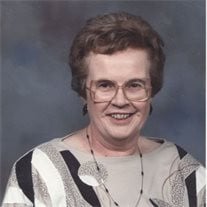 YORK Shirley C. Burke, 74, formerly of Windsor, entered into rest after a lengthy illness at 2:15 a.m. Monday, March 7, 2011, at Pleasant Acres Nursing and Rehabilitation Center. She was born in Chanceford Twp., on January 18, 1937, and was the daughter of the late Elwood P. and Mary O. (Campbell) Burke. Shirley started working at the former Grimms Garage, which later became Red Lion Pontiac, just two days after her high school graduation and continued working there as the office manager. She was involved in an automobile accident in 2005 which forced her into retirement after 51 years of service with the same employer. She was a longtime and faithful life member of Pleasant Grove United Methodist Church where she taught Sunday School for 51 years and was the financial secretary and later served as church treasurer. She was also a member of the former Red Lion Business and Professional Woman where she served as treasurer. Shirley was a wonderful person and will always be remembered for her great personality. Even after her accident, she would have the biggest smile every time she had a visitor/caregiver enter her room. She will be sadly missed by all who had the pleasure to meet and know her. Surviving are one brother, Palmer L. Burke and his wife, Ruth Ann of York; one sister-in-law, Andrea M. Burke Gemmill of York; two nephews, Stephen T. Burke and wife, Ellie Moody of Wellfeet, Mass., and Tracy Burke and wife, Nicola of Hummelstown; two nieces, Janay A. DiBerardino and husband, Matt of Yorkana, and Jennifer K. Parsons and husband, Matt of Dunbar, W.Va.; five grand-nieces; and one grand-nephew. She was preceded in death by a brother, Jan L. Burke, in 1991. Viewings will be held from 7 to 9 p.m. Friday at Burg Funeral Home, Inc., 134 W. Broadway, Red Lion, and from 9 to 10 a.m. Saturday at Pleasant Grove U.M. Church, 900 Pleasant Grove Road, Red Lion. The service will begin at 10 a.m. Saturday at the church with the Rev. Barbara C. Yorks, pastor of New Hope Charge, officiating. Burial will be in Bethlehem Stonepile U.M. Cemetery. In lieu of flowers, memorial contributions may be offered to Pleasant Grove U.M. Church, Junior Department, 460 Salem Church Road, Windsor, PA 17366; or to the York County SPCA,- 3159 Susquehanna Trail North, York PA 17406

YORK Shirley C. Burke, 74, formerly of Windsor, entered into rest after a lengthy illness at 2:15 a.m. Monday, March 7, 2011, at Pleasant Acres Nursing and Rehabilitation Center. She was born in Chanceford Twp., on January 18, 1937, and was... View Obituary & Service Information

The family of Shirley C. Burke created this Life Tributes page to make it easy to share your memories.