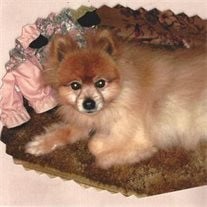 Sonia Ann (Smith) Reichard, of Windsor, entered into God's care on Tuesday, October 10, 2017 at 1:20 pm at York Hospital at the age of 69. She was the wife of the late Samuel "Sam" E. Reichard who entered into rest on December 18, 2009. Ann was born in York on June 14, 1948 and was the daughter of Dorladeen M. (Markel) Brown and the step daughter of E. Eugene Brown of York and the late Edward C. Smith, Jr. She worked at the former Borg Warner in the spray painting department and was a member of the Lake Clark Marina River Rescue where she did volunteer work. She leaves to cherish her memory a son, Timothy L. Reichard and his companion Sue Lare of Red Lion, a grandson, Tanner L. Reichard of Red Lion. Her two sisters, Melodee S. Sherwood and her husband John W. of Seven Valleys and Candace L. Welty and her husband Dan of Dover and many nieces and nephews. Ann had a very special friend, Sherry, who was by her side the last few weeks assisting with her care and her loving companion, Rusty, her Pomeranian dog. There will be no viewing. A Graveside Service of Honor Praise will begin at 10:30 am on Friday, October 13th at Windsor Cemetery. All attending the service should meet there. Rev. David D. Tietje, pastor of St. John's United Church of Christ in Red Lion will officiate. Burg Funeral Home, Inc., 134 W. Broadway, Red Lion will be assisting the family with the arrangements. In Lieu of flowers, contributions may be offered to the American Heart Association, 610 Community Way, Lancaster, PA 17603. Do not stand at my grave and weep; I am not there, I do not sleep. I am a thousand winds that blow. I am the diamond glints on snow. I am the sunlight on ripened grain, I am the gentle autumn rain. When you awaken in the morning's hush, I am the swift uplifting rush of quiet birds in circled flight. I am the soft stars that shine at night. Do not stand at my grave and cry; I am not there, I did not die.

The family of Sonia Ann Reichard created this Life Tributes page to make it easy to share your memories.

Send flowers to the Reichard family.