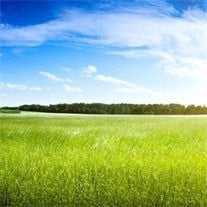 RED LION Stephen P. Ness, 41, entered into rest after a lengthy illness on Sunday, October 9, 2011 at 12:55 p.m. at York Hospital. Born in York on June 29, 1970, he was the son of Donald L. Ness and stepmother, RoAnn P. (Moats) Ness of Red Lion and his mother, Odessa D. (Reichard) Ness who died in 1998. He worked as a machine operator at Kinsley. Steve loved football, fishing and camping with his two beautiful daughters. Besides his father and stepmother, he is survived by two daughters, Kyrsten N. Ness of York and Katelyn M. Ness of York; two brothers, Daniel L. Ness, Sr. of Red Lion and wife Tenia and Troy L. Keller of Spencerville, Ind. and wife Amy; three sisters, Lorie D. Lewis of York and husband Joe, Tammy S. Byers of Red Lion and husband Ben and Wendy A. Schofield of York and husband Michael; his former wife, Sheila Herman of York; and numerous nieces and nephews. There will be no viewing. Cremation will take place with Burg Funeral Home, Inc., 134 W. Broadway, Red Lion. Visitation will be on Thursday from 12 noon to 1 p.m. at Laurel Fire Co. #1, 94 Schoolhouse Lane, Windsor, 17366. Memorial service will begin at 1 p.m. at the Laurel Fire Company #1 in Windsor. Burial will be private and at the convenience of the family In lieu of flowers, contributions may be offered to Salvation Army, 50 E. King St., York, PA 17401.

The family of Stephen P. Ness created this Life Tributes page to make it easy to share your memories.