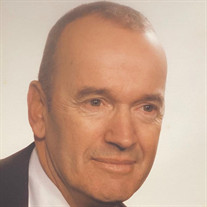 William “Bill” K. Ide, Sr., 99, of York, passed away at Country Meadows, Shiloh, PA, on Sunday, September 26, 2021. He was the husband of the late Daris (Mundis) Ide. Bill was born on April 3, 1922 in Philadelphia and was the son of the late Thomas Nehemiah, Jr., and Mary (Ross) Ide. Bill was a WWII US Army Veteran and served in the Army Air Corp. He worked for 36 years in Civil Service retiring April 22, 1977 from the Department of the Navy, Naval Weapons Engineering Support Activity in Washington, D.C. as an Industrial Specialist. He was a member of Zeredatha-White Rose Lodge No. 451, Free and Accepted Masons, and a two-time Past Master for White Rose Lodge No. 706, as well as a 32nd Degree Scottish Rite Mason. Bill enjoyed shooting sports and was a life member of the York Rifle Range Association and was an accomplished hunter, gunsmith, and competitive shooter in smallbore and high-power rifle competitions, and was inducted into the Intercounty Rifle League Hall of Fame. He also enjoyed radio control airplane modeling and was a past member of the Academy of Model Aeronautics and a past member of the York Area RC Club. An avid tennis player, Bill was a multiple year participant in the York County Senior Games and was a past member of the Yorktown Tennis Club. He is survived by a sister, Mary Ellen Evans, of Vermont , a daughter, Susann M. Smith and husband, Stanley, of Lancaster, and two sons, William K. Ide, II and wife, Debra, of Dover, and Thomas Richard Ide and wife, Deborah, of York. He also leaves behind four grandchildren, Steven R. Smith of Wrightsville, Stacie Smith Johnson and husband, Scott, of Lancaster, Jennifer Ide Rauhauser and husband, Chad, of Dover, Heather Ide Wise and husband, Andrew, of Dover, and eight great grandchildren as well as numerous nieces and nephews. He was preceded in death by his brothers, Thomas N. Ide, III, Richard E. Ide and sisters, Elizabeth Ide Reihmer and Ruth Joyce Ide Mackenzie. Memorial Services will be held on Saturday, October 23, 2021 at 2PM at Burg Funeral Home, Inc., 134 W. Broadway, Red Lion with Rev. Joshua S. Wargo officiating. Visitation will be from 1-2 PM at the funeral home. Burial will be private and at the convenience of the family.

The family of William K. Ide, Sr. created this Life Tributes page to make it easy to share your memories.

Send flowers to the Ide, family.