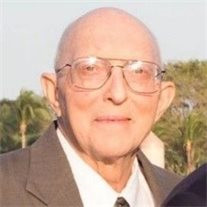 William H. (Bill) Thompson, aged 75 years, passed away Thursday, August 24 at his home, surrounded by family, following a two year battle with prostate cancer. He was the husband of Barbara M. (Wright) Thompson whom he married on September 2, 1961. Born in Red Lion on December 13, 1941, Bill was the oldest of six children of the late William Alexander and Alverta Mae (Shaeffer) Thompson. He graduated from Red Lion Sr. High School in 1959 and began working for Red Lion Auto Parts. Subsequent employment included carpentry work with his father; Score King Bowling Lanes and owner of the former Red Lion Laundromat. Bill built the home where he and Barbara reared their family. He retired in 2006 as a carpenter/millwright with Local 214 where he served as recording secretary for several years. Bill was a lifetime member of Pine Grove Presbyterian Church where his carpentry work can be evidenced in the church buildings and sanctuary. He also served as Trustee; Sunday school secretary and on various church committees. Bill was a member of the Friendship Lodge #663 F&AM of Fawn Grove; Rainbow Chapter #517, Order of the Eastern Star in Red Lion and the original Brogue Ambulance Crew. Following Hurricane Katrina in 2006, his carpentry skills were utilized on nine mission trips to Louisiana and Tennessee with the "Guinston Gutters". These trips afforded Bill many close friendships and an appreciation of mission service. He enjoyed hunting, boating, going to auctions, making things in his work shop and spending time at his vacation home in DE. He cherished time spent with his children and grandchildren and visiting them in FL and TN. In addition to his wife, Bill is survived by: a daughter, Susan Dodge and husband, Dan of Stuart, FL.; a son, David Thompson and wife Lisa of Spring Hill, TN. Five grandchildren, Nathan (Alessandra); Zachary (Pippa); and Andrew (Nicole) Dodge and Alexandra and Noah Thompson. Bill would have been a great grandfather in November with the birth of his great granddaughter, Madison. Four siblings, Robert Thompson, Shirley Gardner, Mae Baldwin and Rose Taylor. He was preceded in death by a brother, Richard Thompson. A Memorial Service to Celebrate Bill's Life will be held at Pine Grove Presbyterian Church, 4263 Delta Road, Airville, on Saturday, September 2nd at 1 p.m. with his pastor, Reverend James B. Shuler officiating. There will be no viewing. Visitation with the family will precede the service beginning at 11:30 a.m. to the start of the service at 1 p.m. Burial will be private and at the convenience of the family in the adjoining cemetery with Rev. Daniel R. Moore, Pastor of Guinston Presbyterian Church, assisting Rev. Shuler with officiating. Burg Funeral Home, Inc., 134 W. Broadway, Red Lion will be assisting the family with the arrangements. In lieu of flowers, memorial contributions may be offered to Pine Grove Presbyterian Church, 4263 Delta Road, Airville, PA 17302, or to the Guinston Presbyterian Church, "Guinston Gutters", 14130 Guinston Forge Road, Airville, PA 17302 or to White Rose Hospice, 1412 6th Ave, York, PA 17403. The family would like to extend a sincere thank you to Dr.'s Huynh and Shah of York Cancer Center; the White Rose Hospice and to all those who reached out to ease them through this time of sorrow. Pallbearers assisting at the private committal service will be, Dan Dodge, Nathan Dodge, Andrew Dodge and Zachary Dodge, David Thompson and Noah Thompson. Serving as an Honorary Bearer will be Alexandra Thompson.

William H. (Bill) Thompson, aged 75 years, passed away Thursday, August 24 at his home, surrounded by family, following a two year battle with prostate cancer. He was the husband of Barbara M. (Wright) Thompson whom he married on September 2,... View Obituary & Service Information

The family of William Thompson created this Life Tributes page to make it easy to share your memories.

Send flowers to the Thompson family.