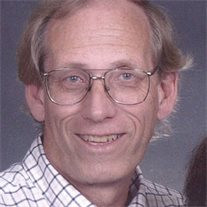 BROGUE William T. Wright, 63, formerly of Delta entered into rest after a brief illness on Wedneday March 9, 2011, at 2:55 p.m at his residence. He was the husband of Gloria J. (Tompkins) Wright, to whom he was married on October 11, 1969, celebrating 41 years together. Born in Havre de Grace, Md., on September 10, 1947 , he was a son of the late William A. and Clara M. (Miller) Wright. He worked at Gichner Systems Group in Dallastown from where he retired. He was a former member of Brogue Lions Club and a longtime member of Guinston Presbyterian Church in Airville where he was a former Trustee and Elder. In addition to his wife Gloria of Brogue, he is survived by a son, Scott W. Wright of Windsor and wife, Ashley R.; two daughters, Stephanie J. Tome of Brogue and husband, Nelson, Jr. and Ashley A. Kauffman of Brogue and husband, Joel; five grandchildren, Austin, Jacob, Nicholas, Abby and Kayley; a sister, Mary Jane Bennington of Belair, Md; and several nieces and nephews. He was preceded in death by a daughter, Lori Lynn Wright who entered into rest in 1971. There will be a viewing Sunday, March 13, 2011, from 6 to 8 p.m. at Burg Funeral Home, Inc., 134 W. Broadway, Red Lion, and Monday from 9 to 10 a.m. at Guinston Presbyterian Church, 14130 Guinston Forge Road, Airville. Service will be 10 a.m. Monday at the church, with his pastor, Rev. Daniel R. Moore and Rev. John R. Maisch, retired Presbyterian pastor, officiating. Burial will be in Guinston Presbyterian Cemetery. In lieu of flowers, contributions may be offered to: Guinston Presbyterian Church Building Fund, 14130 Guinston Forge Road, Airville, PA 17302; or to White Rose Hospice 1412 South Ave., York, PA 17403; or to the Cancer Patient Help Fund, York Health Foundation, 912 S. George St, York, PA 17403. William's greatest love was his children and grandchildren. He loved sports but was very fond of baseball and softball in which he played and coached and this provided him with great entertainment for more than 25 years. Memorial condolences can be made at www.BurgFuneralHome.com

BROGUE William T. Wright, 63, formerly of Delta entered into rest after a brief illness on Wedneday March 9, 2011, at 2:55 p.m at his residence. He was the husband of Gloria J. (Tompkins) Wright, to whom he was married on October 11, 1969, celebrating... View Obituary & Service Information

The family of William T. Wright created this Life Tributes page to make it easy to share your memories.

Send flowers to the Wright family.